For Brown, reign is cap for long Pageant history

NATCHEZ — Since Rebecca Brown was just barely steady on her feet she has been practicing for the walk she will take as Natchez Garden Club queen.

Brown started participating the annual display of pre-Civil War history in Natchez at 3 years old and hasn’t miss too many years between then and now.

“I grew up in Pageant and loving every year of it,” Brown said. “To get to be queen, is something I always wanted, but never expected. I was really shocked and so honored.”

“From the time my brothers were little, there has always been at least one of us in Pageant,” Brown said. “Most of the time it seemed like there was one of us in every scene.”

This year while Brown is serving as queen, her brother, Cody Bradford, and sister, Tori Bradford will also be participating in several different scenes.

Brown is a junior at Louisiana Tech University in Ruston where she is majoring in kinesiology. She is a member of Kappa Delta sorority and plans to attend graduate school in physical therapy after her May 2011 graduation from Louisiana Tech.

“The idea of being able to help people while they recover from injuries or deal with other disabilities has always appealed to me,” she said. “I like that I will be able to help care for others through physical therapy.”

Brown said after participating in Pageant for so many years she knew she would enjoy being queen, but the experience has been much more than she imagined.

From finding a dress to picking a crown and scepter, Brown said she keeps coming back to one word to describe the whole process — fun.

“When we went to Mobile to find a crown and scepter, the whole family went,” she said. “We were all trying on crowns and having a blast.

“I knew it would be fun, but it has been more fun than thought it would be.”

The dress Brown will wear during her reign will honor the tradition of the Pageant but also show her personality. The dress was worn previously by Anna Devening and designed originally for Donna Reed.

“We were fortunate to be offered so many dresses for Rebecca to wear,” Brown’s mother Andrea Bradford said. “The trick was finding the one that fit her the best, and we did that with this one.”

But to make it perfect, the top was redesigned for Brown by Sandra Stokes.

Brown will be wearing a candlelight gown featuring a bodice of jeweled re-embroidered Chantilly lace with a portrait neckline outlined with a satin pleated collar. The neckline is edged in a row of seed pearls.

The skirt features panels of jeweled lace from the bodice to the hem, which is made of deeply-scalloped, beaded lace with teardrop medallions scattered over it. The train, which attaches at the waist, features beaded appliqués and is outlined by jeweled motifs.

“The dress has been the centerpiece of my dining room table for weeks,” Bradford said. “I’ve been blessed with a great group of friends who have been willing to pitch in wherever I need them and that includes painstaking process of sewing tiny sequins on to the dress.”

And while Brown has spent years in Pageant, she knows her honor as queen is not due only to her dedication, but is more a reflection of her mother’s hard work in the Natchez Garden Club.

“She really loves everything she does with the club,” Brown said. “She has worked really hard for many years, and this is the payoff for that.

“Without her work, I would never get to enjoy this.” 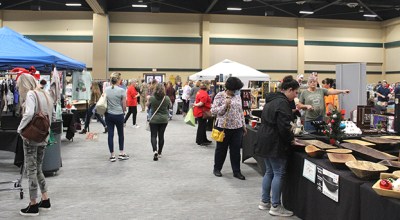