NATCHEZ — A man, his wife and their duck got into a sheriff deputy’s car.

It’s not the start of a bad joke, but the middle of an Adams County drug arrest.

The trio — and a rolling methamphetamine lab — were picked up Monday night.

Mark Clark, 33, was arrested at 7:30 on charges of possession of a shake and bake rolling meth lab, which Sheriff Chuck Mayfield said was not in operation. Materials to make the drug were recovered on the scene, including some in plain view and others in a plastic container.

Clark, his wife Christy and their pet duck Daisy were staying at the Terrace Motel on 426 U.S. 61 North. Clark is from Kentucky and had a job in Natchez, Mayfield said.

Clark’s wife and Daisy were released.

According to Clark, the lab was to make meth for personal use. Mayfield said people arrested with a lab very seldom limit the drugs produced to personal use, which is still illegal, but distributing the drug carries a heavier sentence.

Metro Narcotics agents were acting on an anonymous tip that there was a possible drug lab in the motel and obtained permission to search the room.

Agents seized a small amount of meth and marijuana.

Agents waited at the scene until the Mississippi Bureau of Narcotics arrived to clean up and take possession of the hazardous materials, which they will destroy.

Mayfield said a local veterinarian was called in to assist with the duck, which scampered under the bed during the arrest. 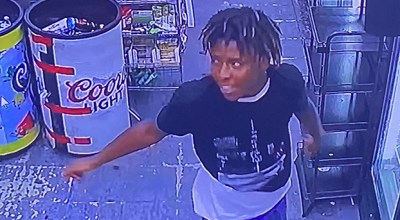