Work the Wait: Jobs not coming easy for recent graduates

Caitlin Huffines started her job search in January, seven months before she finished school this past spring. She was in a graduate program at the University of Mississippi that usually saw most of its graduates take jobs right away, so it was no sweat.

But this year, something was different.

“This year was the year that most people — a lot of people in my graduating class — weren’t getting placed compared to last year,” she said.

“It is a waiting game,” she said. “You have to talk to people, then you have to wait, then if you don’t hear from them you have to call them back.

“I thought I would be placed after school”

She had looked in other markets, but Huffines had wavered on the decision to look for work in her hometown. With the safety net of school and internships behind her, however, it was time to knuckle down on the job search.

“I knew it wasn’t long before I had to get a job because the money was getting tight,” she said.

“I wasn’t looking (in Natchez). I was looking at a bunch of different places actually, but it wasn’t working out so I started looking here.”

In August, she found what she was looking for — a job in her field. She’s working at the Gillon Group in Natchez and is happy to be there.

But Huffines is one of the lucky ones these days. With umemployment at its peak and older, more experienced workers on the market, seeking work after college isn’t as easy as it used to be.

Area students and recent grads say the key to success is planning and persistence, though.

“I know several people who I graduated college with in 2010 who have looked all over and had no luck — several who want to go to places like Nashville, Birmingham or Dallas and they have had little luck, and they had to take a job I know they don’t enjoy,” said Matthew Hall, a recent graduate who will start working at United Mississippi Bank Monday.

Hall had enrolled in graduate school at Alcorn State University after finishing college, and as he approached completion of his degree he started to form a plan of attack.

“I kind of talked to several people I knew who had been through the job searching process, and I knew some who had found a job in a few weeks and some who had not had a job interview much less a job,” he said.

Graduation was in December, so Hall started looking in September.

“I kind of looked everywhere, from Memphis to Natchez to Birmingham,” he said.

Work could be found, Hall said, but not in urban areas.

“Birmingham and Nashville, it seems like I got nothing out of that. Small towns were where I got most of my callbacks.”

Nursing student Veronica Roper still has a year left in her program at Alcorn State University, but she’s already starting to get a feel for the job market.

“People have been talking to me about my options, and I have been looking around to see what there is,” she said.

“I’m going to really start looking by the fall — that will be my last year (of school) and I want to get a jump start. I don’t want to wait until the end to say, ‘This is what I want.’”

Roper waited until her mid-20s to start college because she didn’t want to start school in a course of study — and later a career — she didn’t like.

And it’s because of that, she said, that she plans to cast a wide net when looking for work — from Mississippi to California.

“I have an aunt who works in a major hospital (in California), but I am definitely going to try everything around Mississippi and Louisiana first,” Roper said. “I figure I will start close and maybe work my way into traveling nursing.”

However far — and however long — it takes to get a job in her field, Roper said she is willing to work for it.

And no, she doesn’t have a fallback career in place.

That was an attitude Huffines said she, too, kept throughout her job search.

“I figured that with a master’s (degree) I would be able to find something somewhere, and I never gave up hope,” she said.

“I figured I would be able to find a job somewhere, even if I ended up somewhere I didn’t want to go.”

Roper said she feels a lot more confident and more focused on getting things done than she did in her early 20s.

“I am going to make it happen, regardless,” she said. 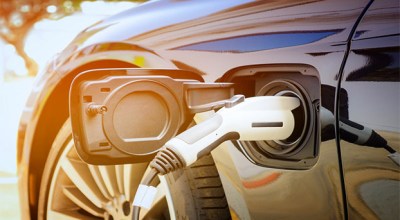