OXFORD — Courtney Brown sat just a few feet away from the Confederate statue on the south side of the Lafayette County Courthouse, enjoying the festivities going on around her as part of the Summer Fest Celebration Saturday.

Nearby, a group of nearly 50 people, many carrying Confederate flags, marched around the Square in protest of University of Mississippi’s Chancellor Dan Jones’ recent plan to “foster a more welcoming environment.”

Brown is a black woman but she said seeing the protesters, or their Confederate flags, didn’t bother her since flags are only objects; a street name is only a title.

Racism, she said, comes from within, and that history and racism are two different things.

“It’s not about a logo or the flag,” she said. “It’s about people and what’s inside of them. People will always be offended by different things. Those flags and the Civil War and everything that’s happened is a part of Oxford’s history, and it shouldn’t be changed.”

Earlier this week, Jones released a “comprehensive plan” to make the school a “stronger and healthier university.”

“Bringing us closer to our goal of being a warm and welcoming place for every person, every day, regardless of race, religious preference, country of origin, ability, ethnicity, gender, sexual orientation or gender expression,” he said in a press release.

Since the riots in 1962 when Ole Miss admitted its first black student, James Meredith, the university has taken several steps to change its image, including erecting a statue of Meredith. The school has since banned Confederate flags from sporting events, removed the song, “Pride of Dixie” from the school marching band’s song list and changed the school’s mascot from Colonel Reb to a black bear.

Most of the protesters Saturday were from the group Mid-South Flaggers out of Memphis who work to preserve Southern history. Some were from other various organizations including the Sons of the Confederacy Mechanized Calvary.

One man, only giving “Gunner” as his name, said his members were there to support the Flaggers.

“Jones said his plan was in the name of diversity and inclusion, but diversity covers everybody,” he said. “You can’t erase history. You can’t sweep it under the table. It is what it is. You may not agree with it, but you can’t erase it.”

“And to honor the University Greys,” he said.

The group of protesters walked along University Avenue, from the Kroger’s parking lot, down to the Square and back to Kroger. Since they did not have a permit to assemble, they were reminded by Oxford police officers that they could not linger in the parking lot and had to keep moving. Police officials said there were no incidents during the walk.

The school’s new plan involves six steps, which includes creating a new position, Vice Chancellor of Diversity and Inclusion; changing the name of Confederate Drive, which enters Fraternity Row, to Chapel Lane; and limiting the use of the term “Ole Miss” for athletics, rather than in reference to the academic side of the university. It was also cited by many of the protesters Saturday as the main cause of their outcry at Jones’ plan.

Jones said many university faculty are uncomfortable with the term, Ole Miss, and would rather see it not used within the academic context.

Among the protesters Saturday, was H. K. Edgerton, an African-American activist for Southern heritage and a member of the Sons of Confederate Veterans.  He came to Oxford from his hometown of Ashville, North Carolina to attend Saturday’s protest. He believes that the South has been given a bad reputation.

“These people who want to tear down our flag and destroy our heritage always use the black folks as an excuse to do it. Using this flag and our Confederate heritage to go against the Christian white folks of the South is a terrible thing to do.”

Edgerton said the entire world was involved in slavery and it is wrong that the South bears all of the guilt. “Thank God my great-great grandmother ended up in the South or I’d still be in Africa facing cannibalism, ebola and great poverty. The African government didn’t love us then, and they don’t love us now.”

As the protesters made their way around the Square, waving flags and singing, “Pride of Dixie,” Oxford Mayor Pat Patterson admitted he wasn’t at all pleased at their arrival, particularly during the family-friendly Summer Fest event by the Oxford Downtown Council, that featured activities for children, free snow cones and cotton candy and sidewalks sales.

“What a way to suck the air right out of it,” Patterson said. “We have all these kids up here with their families.” 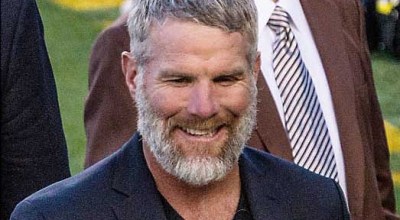