Ryan Roberts, 16, and his grandmother Pam Roberts watch the Christmas lights at 9 Rain Tree Street South that are synced up to music that spectators can tune into on the radio. (Sam Gause / The Natchez Democrat)

NATCHEZ — Crystal Banks knows not to take anything for granted after a fire consumed everything in her house earlier this year.

That’s why the Vidalia resident and mother was overwhelmed with emotion after hearing she and her family were selected to receive Christmas gifts through the Natchez Post Office, an annual tradition organized by postal employees.

“I cried when I was selected,” Banks said.

Adam Welch, branch president, said the Natchez Post Office has been doing this for the past four or five years.

Organizers received a grant from Walmart and postal employees donated money, which their union matched, to go toward one Christmas gift for each of the children. 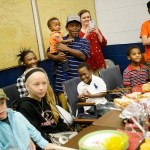 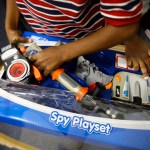 TreEdwin Banks, 6, and his brother Thaerion Banks, 5, open the spy playset they were given by Santa at the U.S. Post Office Christmas party Tuesday. (Sam Gause / The Natchez Democrat) 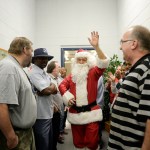 Santa waves to the Latham, Banks and Lott families that were selected to receive gifts by the U.S. Post Office at their Christmas party Tuesday. (Sam Gause / The Natchez Democrat) 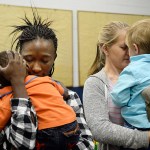 Crystal Banks, left, prays with her son Trystn Banks-Calhoun, 11 months, while Christina Latham does the same with her son Orry Butler, 3, before receiving gifts from Santa at a U.S. Post Office Christmas party Tuesday. The Banks and Latham families were two of the three families chosen to receive free gifts from the post office. (Sam Gause / The Natchez Democrat) 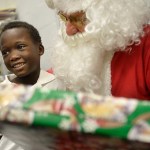 Ryan Roberts, 16, and his grandmother Pam Roberts watch the Christmas lights at 9 Rain Tree Street South that are synced up to music that spectators can tune into on the radio. (Sam Gause / The Natchez Democrat)

“This is post office employees giving back to the community,” Welch said.

Welch said the post office identifies families in need by talking to coworkers, relatives, people along their routes and the Natchez Children’s Home Services. They talk to prospective families about their needs, then choose three families.

The nine children wound their way through the mailroom Tuesday morning, where workers sorted envelopes and packages at one of the post office’s busiest times of year. They gathered in a conference room, where a Christmas tree and presents awaited them.

Although Santa handed children their presents, which ranged from a caterpillar toy for Trystn to light-up speakers for Zack, their parents got to pick them out at Walmart last week.

The younger children quietly accepted their gifts, perhaps somewhat confused by the man in a red suit.

The older children politely shook hands with Santa and thanked him for the gifts.

But their mothers hugged him after receiving their gift — $50 gift cards donated by Walmart to help them buy Christmas dinner.

“I wasn’t expecting anything,” Banks said.

Banks lives in Vidalia and lost everything in a house fire earlier this year.

Her pastor, who is also a postman, called her while she was cleaning out her car to tell her she’d been chosen to receive the gifts.

“In Walmart, I wasn’t sure what to buy,” Banks said.

Her children seemed happy with her choices, though. They’ve been excited for Christmas all year, she said, regularly asking her, “Is Christmas here yet?”

“It’s a Christmas blessing,” Banks said. “Not a lot of kids get that opportunity.” 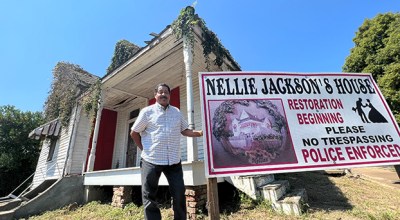 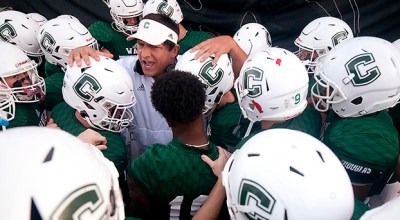