Smoot’s Grocery on Broadway Street was originally founded in 1939 as a family grocery store, but is being reopened as a bar. The business had a soft opening Friday night. Bar owner and owner of Steampunk Coffee, Dub Rogers, does not want it to be just another bar, he hopes Smoot’s will be primarily a music venue. (Sam Gause/The Natchez Democrat)

NATCHEZ — Even though his juke joint venue will have a handsome list of craft beer and eventually liquor, Dub Rogers said opening another bar in Natchez is not his intent.

“First and foremost, this will be a place for live music,” Rogers said of Smoot’s Grocery, located at 319 N. Broadway St.

Rogers, a Natchez native, took out a long-term lease on the historic building approximately a year and a half ago.

He said he felt moved to renovate the then-vacant Smoot’s after hearing tourists and locals comment on Natchez’s lack of live music venues.

“I’ve seen so many people come through my coffee place looking for music,” said Rogers, who along with restoring Smoot’s is the owner of Steampunk Coffee Roasters — an espresso bar just a stone’s throw away from Smoot’s on High Street. “They’re coming from New Orleans, they’re going to Nashville and Memphis, and they’re all looking for live music.”

Rogers said it wasn’t long before the run-down building down the street from Steampunk began looking less like a lost cause and more like Natchez’s next juke joint.

“I started feeling self-conscious about Natchez not moving forward,” Rogers said. “The only way I could change that was to do something myself.”

His plan for Smoot’s started off small.

As its name suggests, Smoot’s was originally a grocery store, Rogers said.

Founded in 1939, the family-owned grocery store was a small hub on the bluff for milk, bread, soda pop and other convenience store items.

On the weekends, however, Smoot’s took on a different vibe, Rogers said.

Inside the bar will feature lounge chairs and a stage for live music. (Sam Gause/The Natchez Democrat)

“It turned into a juke joint where they would play music,” he said.

Sometime in the 1970s, Smoot’s closed its doors, Rogers said. Since then, it has sat dormant — waiting for the strum of a steel guitar, or a bluesy dirge sung by a local musician to serenade the space once again.

With decades of neglect, the building showed its age, Rogers said.

“Originally, I thought I could just put in some ceiling fans, some beer coolers and just have a funky place,” Rogers said.

Once he began inspecting the building, however, Rogers realized the venue needed a complete overhaul.

And that’s what he did.

“It ended up being a 100 percent restoration,” he said. “It sort of evolved from being a real funky juke joint to now, it’s deserving of much more than that.”

Almost daily, Rogers and a small crew of workers have been in and out of Smoot’s — installing doors, finishing floors, erecting walls and completing what Rogers said he hopes to be a great live-music venue for Natchez.

Despite boasting an almost completely new interior, Smoot’s still gives a reverent nod to its storied past.

Details throughout Smoot’s point to its history, Rogers said.

Almost all the wood used in the venue is reclaimed from the previous structure.

Rogers received some help in finding the juke joint’s décor, too.

When a Steampunk supporter found out about Rogers’ vision for Smoot’s, the customer brought Rogers a pair of reclaimed doors from a convent in Baton Rouge.

Those same doors are now beside the nearly complete Smoot’s bar, and lead into what will be the VIP lounge and Smoot’s merchandise room.

“Everything you see is repurposed,” Rogers said. “Every piece of wood has a story. It all came from some place else and had a previous life.”

Rogers’ passion for live music is evident when you walk through Smoot’s doors — where patrons will instantly be greeted with a stage, the focal point of the venue.

Rogers said he envisions local artists, as well as traveling musicians, to grace that stage once Smoot’s officially opens its doors.

“Local, regional, national and international — there is no limit to the music,” he said.

And even though an official opening isn’t on the books yet for Smoot’s, Rogers said Natchez wouldn’t have to wait much longer to satisfy its live-music craving. 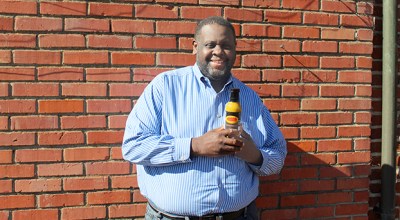 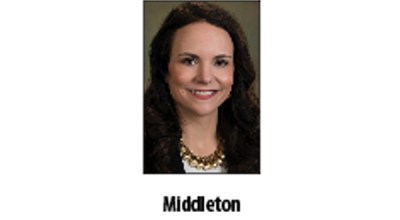