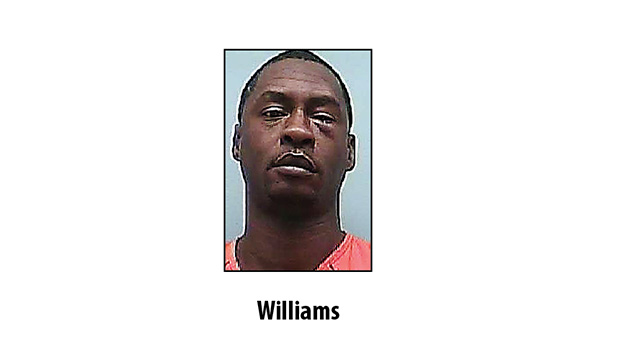 NATCHEZ — A Natchez man accused in the 2015 shooting death of another man pleaded guilty to second-degree murder Monday.

Lavander Williams entered a guilty plea to Sixth District Circuit Court Judge Forrest “Al” Johnson and will be sentenced at a later date.

Williams was accused of shooting Charles Knight to death following an argument at M&M Grocery on Nov. 15, 2015.

Video evidence reportedly shows the victim leaving in a truck, with Williams allegedly chasing behind the vehicle carrying an AK-47 assault rifle and firing approximately 13 shots into the vehicle.

Shortly after the shooting, law enforcement officials said Knight and Williams had apparently been involved in a disagreement inside the M&M Grocery shortly before midnight on the night of the incident.

The argument had spilled outside, where the two men had reportedly become involved in a physical altercation.

Knight was reportedly trying to leave the scene in his vehicle when Williams retrieved a weapon from his vehicle and fired at Knight.

Knight’s vehicle left the store’s parking lot, crossed the roadway and came to a stop in a ditch behind a nearby church.

Knight was later pronounced dead at the scene. Coroner James Lee said at the time that Knight had received multiple gunshot wounds to the back.

District Attorney Ronnie Harper said Johnson ordered a presentence investigation during which the judge will be provided with background information about Williams, facts of the case, the video evidence of the crime and other information.

Natchez, Nashville to be sister cities?