NATCHEZ — Undeterred by a failed school bond election, the Natchez-Adams School Board approved a resolution Thursday that gives the district another option to build a new high school and renovate existing school buildings.

The board unanimously passed a resolution Thursday to borrow $9 million for the repairs for existing schools and begin construction of new buildings.

To pursue the district’s original plans to construct a new high school, renovate Natchez High School into a middle school and improve two other schools, the board would have to raise an additional $25 million.

Financial advisor Warren Greenlee from MuniGroup LLC detailed how the board could raise the money necessary for the project, albeit at a higher price to taxpayers than the general obligation bonds that were rejected by voters in the May 23 special election.

Greenlee laid out a plan that involved the issuance of $9 million in limited tax notes and a $25 million funding through a lease program, which would have to be paid by the district without raising taxes, as required by the Mississippi Code.

A $25 million lease with a 4.25-percent interest rate conservatively would require $1.8 million in annual payments, Greenlee said, over a 20-year period.

“That will have to be paid out of the school budgets every year,” Greenlee said.

The plan presented by Greenlee Thursday showed the $25 million being paid through a combination of bonds coming off the books in 2018, interest revenue from 16th section land and money from the district’s general fund.

Approximately $1,130,000 in annual, existing debt payments will be retired by the end of the current fiscal year, Greenlee said. In December the district will make the final payment on a lease program being paid by investment earnings on 16th section land. In February 2018, capital improvement refunding bonds paid through the state Mississippi Adequate Education Program will be paid off.

“The remaining (approximately $700,000 a year) would have to come from somewhere else,” Greenlee said.

A resolution of intent for the lease purchase arrangement was passed by the board on March 30 when the board set the date for the school bond election in May. In March, the board planned to raise $10 million from the lease program to add to the money raised by general obligation bonds if the May bond issue passed.

Thursday’s resolution of intent, Greenlee said, authorizes the district to levy up to 3 mills, which would pay off a $9 million limited tax note at 4-percent interest for 20 years. If the district secured a lower tax rate, the millage rate required would be lower than 3 mills — a savings for taxpayers — Greenlee said.

“The nine million for the 3-mill note is what we believe is the most conservative approach to make a difference,” the financial advisor said.

Greenlee said issuing general obligation bonds through a special bond election is the most cost-effective approach for taxpayers, because of low interest rates. Greenlee estimated in March that the county could secure a 3.5-percent interest rate.

Greenlee estimates interest rates for the limited tax notes and the lease could fall in the 3.75-percent to 4.25-percent range.

“(General obligation bonds) are better for the taxpayer and for the schools,” Greenlee said. “We started with the best options for taxpayers, which was achieving the lowest interest rate. … That could save the taxpayers millions of dollars.”

Greenlee said since the voters rejected the obligation bonds they then looked at the next best options, which is the proposal presented Thursday.

Greenlee said the resolution is not binding and does not obligate the board to do anything at all.

“We can come back at any point and reduce the amount from $9 million to $5 million to $4 million or nothing,” Greenlee said.

Superintendent Fred Butcher recommended the resolution be passed Thursday because of the time element involved.

“We have been working on this project for 14 months,” he said. “If we can adopt the resolution, then we’ll have … a number of other meetings to discuss the building of the high school and middle school.”

A petition signed by at least 20 percent of the qualified electors in the county can force an election on the issue. Such a petition has to be filed prior to July 11 at the central office at the Braden Administration Building on Homochitto Street.

Greenlee said the board needs to soon decide how much the district wants to borrow using the lease program.

School board member Phillip West said he wanted to make sure the high school was built.

“If we can get a maximum of 25 million dollars through the lease, then we need to take that action … to make sure we have a new high school if nothing else,” West said.

Board member Thelma Newsome said the board has been talking about building a new school since she joined the board 10 years ago.

“I think it is time we say we are going to take action or say we are never going to do anything,” she said.

The board will return to discuss the resolution in greater detail during the next regular board meeting on July 20. 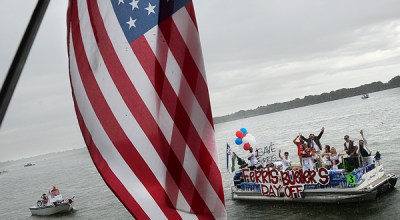 Don’t miss out! Plenty of opportunities to celebrate July 4 weekend 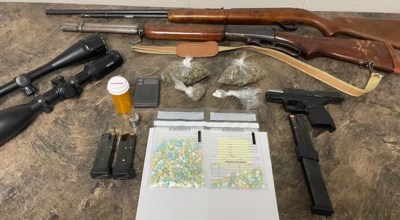