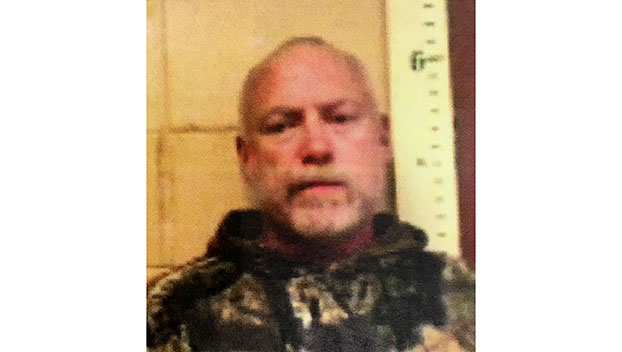 VIDALIA — A Vidalia man was arrested after allegedly throwing acid on two children and a woman during an altercation early Wednesday morning.

Concordia Parish Sheriff’s Office deputies arrested Johnny P. Thorpe, 254 Country Meadows Lane, at approximately 7 a.m. Wednesday on three charges of aggravated battery, two counts of cruelty to a juvenile, one count of threatening an officer and a bench warrant for failure to appear to court for a littering and driving under suspension charge.

The arresting deputy, Terry Thames, said the incident started as a disturbance call at approximately 5 a.m.

Thames said Thorpe had gotten into an argument with one of the victims over moving their family to Texas.

Thorpe became angry, Thames said, and began “slinging” muriatic acid and a drain-cleaning chemical on the belongings and family, including two juveniles and a mother.

“He said, ‘If you take that badge off I’ll show you a thing or two,’” Thames said.

When officers asked why Thorpe had the chemicals lying around the home, Thorpe said he once used the substances to cook methamphetamines.

Thames said all three family members were released from the hospital with only minor injuries.

“Domestic violence is one of our biggest issues,” CPSO Chief Deputy David Hedrick said. “Taking it to the level of using acid is one of the worst kinds. We are treating this case with the utmost care.”

Thorpe was arrested in October 2015 on a charge of aggravated assault with a motor vehicle after allegedly attempting to run over a police officer with a car.

He was also arrested in 2007 on probation violation charges as well as on charges of manufacturing crystal methamphetamines. This arrest was made after Thorpe allegedly choked his wife until she was unconscious, law enforcement officers reported at the time.

Thorpe was being held Wednesday night in the Concordia Parish Jail with no bond set.

Man arrested after four year old reported to have…