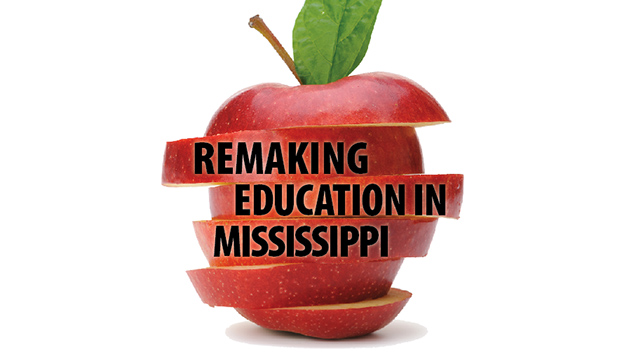 NATCHEZ — A possible overhaul of Mississippi’s education funding formula worries administrators of the Natchez-Adams School District, which would lose money if the legislation passes.

The Republican-backed House bill, which passed out of committee and the House of Representatives in mid-January, would eliminate the Mississippi Adequate Education Program.

The new funding formula would increase the amount of money allotted to each student in approximately 80 percent of Mississippi districts but would decrease the funding for students in the remaining systems.

Natchez-Adams is one of the 35 districts which would lose money in the proposed plan.

The bill passed the Mississippi House of Representatives in a split vote along party lines, with 66 representatives voting in favor and 54 voting against.

Only two Democrats voted in favor of the legislation and only eight Republicans against it.

Natchez and Adams County representatives, too, were split in their support of the bill.

Cockerham, who represents the southwest corner of Adams County, was one of the two Democrats to vote for the funding change.

For Mims, now is the time to change the current funding formula to something feasible.

“The formula as it is written is unattainable,” Mims said. “It makes sense to take our time and try to find a formula that works. I think this is a move in the right direction.”

Mims said he did not believe the school district would be negatively affected by the loss of funding.

The new bill passed by the House proposes to give school districts $4,800 for each student enrolled, excluding pre-kindergarten students. Extra amounts would be allocated for students in need of more resources, including those from low-income households and those in need of special education services. Districts would also receive an additional $1,440 for each high school student.

Since 2006, the Natchez-Adams School District has lost more than 1,200 students. Preliminary numbers for the 2017-2018 school year show the district lost an additional 144 students in the past year.

“The question has to be asked, ‘Should districts that are losing students have an increase in money?’” Mims said.  “So, there will be a slight decrease for the school system, but there were many districts that received an increase.”

What frightens Natchez-Adams School District Superintendent Fred Butcher is not just a decrease in overall funding, but the fact MAEP  was rarely fully funded anyway.

“We are concerned whenever we lose money in the school system,” Butcher said. “The formula is never fully funded anyway, so we are already operating on less than the current formula.”

The MAEP has only been fully funded twice in the last 20 years, and Butcher said if the trend of legislators not providing the recommended financial support continues, the district could lose even more money.

Mims said though MAEP was rarely funded, he does not believe the same problem will exist with the new formula.

“I think it’ll be funded,” Mims said. “It’s a priority of this legislature. I think this formula. I think it would be disingenuous for us to pass a formula and not fund it.”

Deputy Superintendent Zandra McDonald said each cut is detrimental to the district and students.

“No school district needs to lose funding,” McDonald said. “The state has all these support systems we’re supposed to supply for students, and those supports take funds. Technology upgrades require money. Every time we have a decrease, we lose something. Something has to roll back.”

At this point, Butcher said he is not sure what would be cut in the event of the new funding formula’s passage.

“We don’t know enough details about the new funding formula to make that decision,” Butcher said.

Extra money is allotted for each child who receives special education or gifted services, which Mims said makes the formula fair to each district’s needs.

“Creating a formula that makes sense — I think that’s what we’ve done,” he said. “Making sure we’re headed in the right direction.”

Representatives Cockerham and Johnson could not be reached for comment.