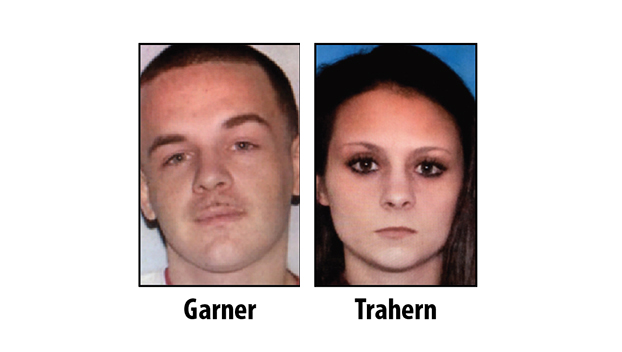 NATCHEZ — Two fugitives wanted in connection with the murder of an Adams County man were found in California Tuesday night.

Adams County Sheriff Travis Patten said officers with the Fresno Police Department called him at approximately 11:30 p.m. Tuesday notifying him of the arrest.

Isaac Garner, 28, 1388 Wildwood Springs Road, Roxie, is wanted on a charge of murder in connection with the death of Johnny Martin, who was found shot to death on his front lawn on Jan. 26.

Cassandra Trahern, 26, 479 Eagle Road, Vidalia, La., is wanted on a charge of accessory after the fact in connection with the same death.

Patten said Garner and Trahern were found in a car that was parked outside of a gym in Fresno.

A resident reported the car, in which Garner and Trahern had been living for several days, to local authorities.

When officers came to investigate, Patten said the two suspects admitted they were wanted for murder in Mississippi.

Trahern and Garner were in custody in Fresno as of midnight Tuesday.