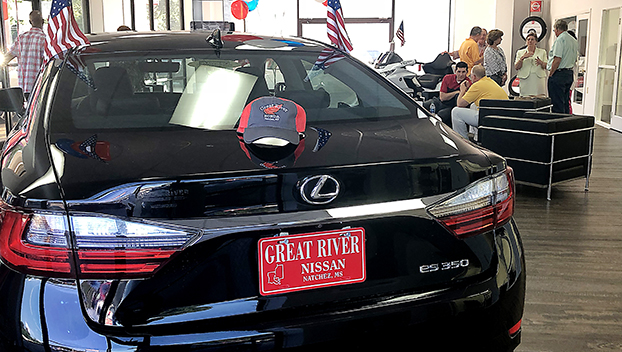 Carter said the import lot also has used vehicle selections whereas the dealership’s other lots only sell new vehicles.

“We have everything from luxury imports like BMW, Mercedes, Audi and Land Rover to things like Honda, Nissan, Toyota and Mazda,” he said. “We have (new car) dealerships and this gives us a used car dealership to complement them.”

“People who own Hondas and some other brands didn’t have an avenue to get their car serviced,” Craft said. “We’re opening that to them, allowing them to have efficient and affordable service that was unavailable before.”

Carter said the ultimate goal was to expand Great River’s ability to care for and service automobiles.

“That’s how (this expansion) got started,” he said. “We needed a bigger shop for our Nissan area. The (new) facility is nicer. Everything is new and much more modern.”

In addition to offering a wider-customer selection, Carter said the new lot brought more jobs to Natchez. Great River had about 15 new hires after the expansion, he said — both out of town and local mechanics, technicians, office staff and salesmen.

He said Great River asks that potential employees possess “triple A” qualities: a good attitude, good attendance, and an aptitude for learning.

Carter said the dealerships recruited many of its new employees from Copiah Lincoln Community College in Natchez.

“The quality of a salesman is personality,” he said. “You’ve got to be a people person.”

He said Great River is always looking for qualified mechanics as well.

Carter said every car that is sold at the used car lot is given “a clean bill of health.” He said customers receive a free three-year service plan, free oil changes and free car washes with every purchase made from any Great River location this month.