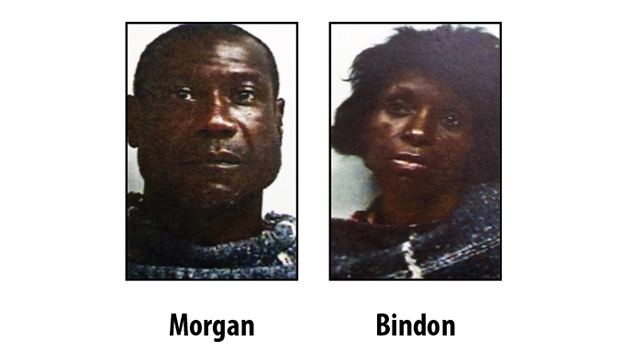 Man out on bond back in jail on burglary charge

NATCHEZ — A Natchez man who was out of jail on a medical recognizance bond while facing auto theft and stealing charges is now back in jail facing a burglary charge, area law enforcement officials say.

Natchez Police Chief Walter Armstrong said Andrew Morgan, 51, was identified in home surveillance video footage taking an undisclosed amount of jewelry from an Orange Avenue house on Wednesday. Morgan was arrested on a burglary charge Thursday and was being held in the Adams County Jail with no bond.

In addition to Thursday’s burglary charge, Armstrong said Morgan has two charges pending from a May 23 auto theft in Natchez that occurred while he was on parole under a 2016 plea sentencing agreement on a grand larceny charge.

In the May 23 incident, Morgan faces charges of auto theft and stealing in a case in which Armstrong said Morgan is suspected of stealing a car from a Natchez house. After the stolen car was recovered, items that had been reported stolen from a vehicle parked next door to the house from which the car was stolen were found inside the vehicle Morgan is suspected of stealing, Armstrong said, and the case is pending the results of a DNA test on items found in the car.

At the time of his May 23 arrest, Morgan’s bond was set at $15,000, and he was later bound over to a grand jury and released to the custody of the Adams County Sheriff’s Office on June 19, Armstrong said.

Despite the May 23 charges, court records show, that Morgan was released from parole supervision on June 28, after Morgan’s parole officer in the 2016 grand larceny plea sentence agreement recommended his release.

Circuit Court Judge Lillian Blackmon Sanders, who signed the discharge order on June 28, declined Friday to comment on the decision, citing the possibility she might have to preside over a pending case involving Morgan.

“This is something that we see from time to time in law enforcement all across the country,” Armstrong said, adding he has no control over the judicial side of law enforcement. “We have to go out and re-arrest these individuals, and sometimes wonder, ‘Why is he out?’ We realize that is handled on the court side. Sometimes medical problems come into play and (suspects) require extensive medical attention that can be a burden on budgets.”

Armstrong said he hopes Morgan would not be released this time.

“I hope that he can get in the court system and put away for a long period of time if not for the rest of his life,” Armstrong said, adding he believes Morgan is a danger to the community and could end up hurting someone.

Armstrong said several of the pieces of jewelry stolen Wednesday were recovered Friday when police arrested Bindon, including a gold ring and three silver rings she was wearing while being interviewed by Natchez police investigator Nicky Johnson. Also recovered, Armstrong said, were four other gold rings.

Armstrong commended Johnson for her work in making the arrest and recovering the stolen items.

Other items, Armstrong said, are still missing and police are working to recover them. He urged anyone who may have information about the other stolen items or who might be in possession of the stolen items to turn them in.

“If they turn it in, we will not charge them,” Armstrong said, adding that anyone caught in possession of the stolen jewelry will be charged with felony receiving stolen property.

Wilkinson County remains undefeated with 30-0 shut out of Heidelberg