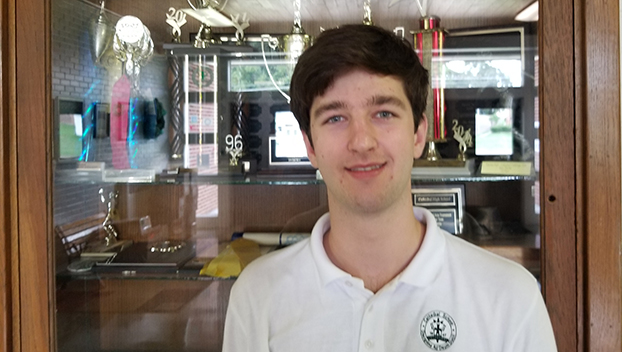 NATCHEZ — One of Cathedral High School’s brightest students has been named a semi-finalist in the National Merit Scholarship Program.

Each semi-finalist scored in the top 1 percent of testers in their state, Freiberger said.

“I felt pretty confident when I took the test,” Freiberger said. “I’d been prepping for about a month and a half for it, doing practice questions and taking full practice tests to get ready for it. I still had those testing nerves though.”

Freiberger said scores were released soon after he had tested, and he saw that his score was high enough for him to be selected.

“Once the scores came back, I just had to see if it was in the right range and it was, so I was hoping to be selected. It is very nice to have confirmation of it.”

Of the semi-finalists, approximately 15,000 are expected to advance to the finalist level and compete for one of 2,500 scholarships worth up to $2,500 each.

Freiberger said he is undecided about where he will attend college. However, he is certain about his field of study, he said.

“I want to major in physics and pursue that into a doctorate degree. … I’m obsessed with this particular line of research called plasma physics. … They fuse these two atoms and it releases huge amounts of energy. It’s one of the leading ideas for renewable energy in the world.”

Freiberger said he hopes to have a career in scientific research and publish his own discoveries.

Freiberger is the son of Katie and Terry Freiberger and is the co-captain of the Science Olympiad team at Cathedral, which won state-level science competitions and advanced to national competitions in Ohio and Colorado for the last two years, he said.

Freiberger also is the president of the KEY club — which is a ministry and charity organization — and is a member of the tennis team, National Honor Society and Science Honor Society. In the last two years, Freiberger placed first in chemistry and third in biology at regional Science Quest competitions hosted at Copiah-Lincoln Community College.