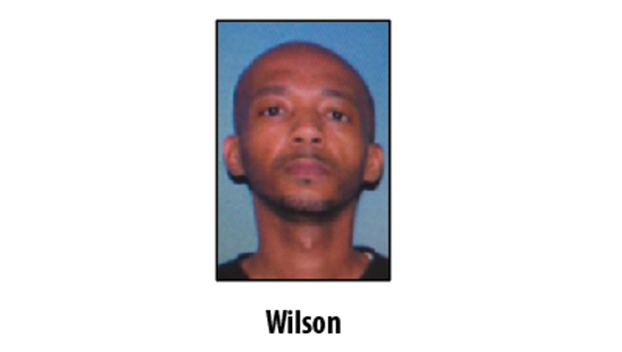 Phil Wilson II had been at large since the Ferriday Police Department received a call at 1:25 p.m. Wednesday about an armed robbery at Security Finance.

Not long after the report, two suspects were apprehended, Cedric Davis, who police said was found hiding in the woods near the incident and later John Dillard, who was found walking across a field close to Louisiana 65 north of Clayton.

Officers also arrested Taire Nelson and Maurice Gibson on charges of accessory after the fact.

Wilson had been at large until he was apprehended in Natchez about 8:30 p.m. Thursday, Concordia Parish Chief Deputy David Hedrick said.

“I’d like to thank Concordia Parish Sheriff Kenneth Hedrick for allowing us to pursue this guy, and (Adams County Sheriff) Travis Patten for all of his assistance,” David Hedrick said, adding he appreciates other agencies that assisted as well.

“We are just glad to be of assistance to them,” Patten said, adding his office is happy to assist other agencies.

“Thanks to Lt. John Cowan and Deputy Chad Fuqua for going that extra mile tonight to keep the citizens of Concordia and Adams County safe,” David Hedrick said. “To all of our local law enforcement for the assistance you provided, thank you. You are very much appreciated. Great teamwork! Thanks, sheriff Travis Patten and your staff for all the help y’all gave us.”

NATCHEZ — A Natchez bed and breakfast owner was sentenced to eight years in prison Monday for shooting at a... read more