Man gets 5 years for death

NATCHEZ — A Ferriday man was sentenced to five years in prison last week on a manslaughter charge stemming from a woman’s death in May 2018.

Officials said Teresa Poole, 42, of Ferriday, succumbed to severe, blunt force head trauma on May 17, 2018, after having been beaten while she was at a carwash at the intersection of U.S. 84 and 6th Street just one week prior.

According to earlier reports from May, investigators obtained video footage of the incident from the carwash, from which they identified and arrested Donteale K. Carter, 21, of 115 Garden Drive, Ferriday.

Carter was initially charged with second-degree battery at the time of his arrest on May 15, but his charges were later upgraded to second-degree murder under the direction of Division B, 7th Judicial District Court Judge John Reeves.

Autopsy reports indicated that Poole died of her injuries, Madison said, and Carter was sentenced to five years in prison Thursday for manslaughter. 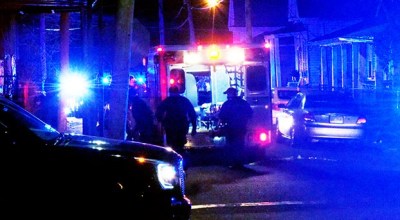