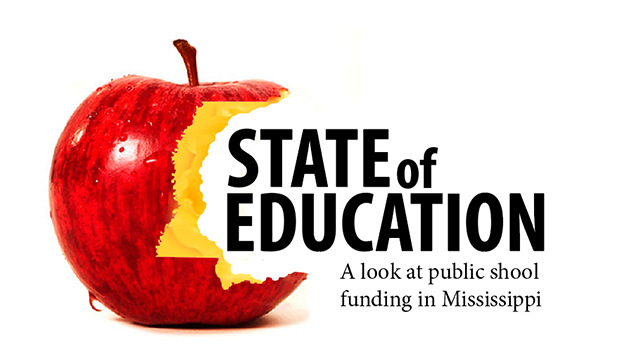 At the same time that state lawmakers have underfunded public schools by billions, they have given millions in taxpayermoney to parents of special needs children to pay for their private school tuition.

At a Jan. 22 rally at the state Capitol for school choice, several parents and children wore “Waitlisted” T-shirts. (The currentwaiting list is 184.)

“Let this Legislature find the money this year,” Reeves told the crowd, “so kids can go to the best schools for them.”

The irony about his call for more funding is more than $3.85 million of the $9 million allocated for this program over the pastthree years has gone unspent.

Some families getting scholarships (also known as vouchers) through the semi-annual lottery don’t use them for a variety ofreasons, such as private school tuition being too expensive, or private schools being unable to provide services.

A survey by the state’s legislative watchdog showed a high satisfaction rate with the scholarship program: 91 percent amongthe parents and 80 percent among the children.

Last year, the state’s legislative watchdog revealed in a report that the program, despite spending more than $300,000 foradministration, lacked accountability.

Grant Callen, executive director of Empower Mississippi, which has sponsored the school choice rallies, wants to see thisprogram expanded so that all students are able to receive a scholarship to attend schools of their choosing.

Asked how Mississippi taxpayers could afford such a program, he said the $4,700 per student would be far less than the$10,034 spent per student in the state’s public schools.

While $4,700 would fall far short of the cost of tuition for some private schools in the Jackson metro area, he saidMississippi’s average private school tuition is about $5,000.

School choice is coming to the Magnolia State, he said. “Whether it’s this year or next year, it’s coming. I have no doubt aboutthat.”

The taxpayer money for these scholarships for students could be spent not only on textbooks and tuition at private schools,but on curricula, computer software, school supplies, test fees and payments to tutors.

The scholarships would aid 2,350 — or 0.4 percent — of the more than 547,000 Mississippi students, with plans of increasingthose numbers every year.

Current estimates put the scholarship at $5,200 or so, which is more than the $5,097 the state appropriates for each public-school student.

Scholarship winners would be picked, not by need, but by lottery. Estimated cost for the first year? $24.5 million. And thatamount would jump each year.

As for accountability, the bill says private schools receiving these taxpayer funds “shall not be required to report data to theoffice or any other entity.”

After the lieutenant governor pushed through the state’s first taxpayer-financed voucher program and charter schools,Empower Mississippi honored him as its education reformer of the year.

“It should not matter what a kid’s zip code is, nor should it matter what his mom and dad do for a living,” Reeves told thecrowd at the recent school choice rally. “Every kid in our state deserves an opportunity for success.”

Gunn echoed that sentiment, saying, “Every parent should have the freedom to pick what is best for their child.”

This inexorable march toward taxpayers paying for tuition at private schools, however, does have critics.

Nancy Loome, executive director of The Parents’ Campaign, is one of them.

“Public school parents and educators have felt betrayed by our current leaders’ obvious support for policies that threatenpublic schools, such as state-funded vouchers for private school tuition and a proposed change to the education budget lawthat would have reduced significantly the state’s funding obligation to public schools,” she said.

Over the past decade, the Mississippi Legislature has underfunded public schools by $2.3 billion.

Since 1997, when the funding formula for the Mississippi Adequate Education Program became law, lawmakers have fullyfunded public schools only twice — both during election years.

The governor has said it would be wrong to conclude that failing to follow the formula means failing to support education.

Mississippi’s top leaders have castigated the formula, but they have yet to agree on an alternate.

Reeves, who has announced he is running for governor this year, is telling voters that more is needed.

“We need to invest more money in our educational system,” he said, “and that’s why we’re going to spend almost $400 millionmore by the end of this session than we spent the year I got elected lieutenant governor.”

Adjusting for inflation, Mississippi lawmakers gave schools $323 million less in 2015 than they did in 2008.

All of the surrounding states invest millions more in education, with Arkansas outspending Mississippi by an average of nearly$2,000 a student, according to Education Week.

Despite failures to get lawmakers to fully fund public schools, Loome continues to lobby them.

“The yellow scarves draped around the necks of elected leaders participating in the annual ‘school choice’ rallies have becomeiconic – evidence of a misplaced allegiance to campaign donors who hope to profit from the privatization of public educationat the expense of Mississippi children,” she said.

Callen called it “absurd” to accuse supporters of school choice of “profiting off children.”

His nonprofit has close ties with the Americans for Prosperity, the political arm of the Koch brothers, but he would not say ifhis nonprofit receives money from the organization.

Across the U.S., Americans for Prosperity has lobbied and contributed to millions to candidates who favor school choice,charter schools and vouchers.

Callen lobbies Mississippi lawmakers, and Empower’s Political Action Committee has given Reeves’ campaign $35,000 incontributions. Empower board members have donated another $13,000. Koch Industries has given more than $5,000.

Callen accused Loome of being unconcerned about children “who don’t fit into the public-school model, who have specialneeds, who are bullied in school, who have talents that are not served by a local public school.”

Science shows that students learn differently, and local public schools often fail to address that, he said. “Ms. Loome has noanswer and offers no hope.”

She said privatization is “not about allowing parents to choose what is best for their children; it is about what is and is not anappropriate use of tax dollars. Certainly, parents have a right to educate their children as they wish. They do not have a rightto require taxpayers to foot the bill for whatever they want.”

If Callen and other privatization lobbyists were serious about helping children, their bills would require voucher schools toserve all children, not just some, she said.

Callen said research shows that “children do better academically when given the freedom to choose their school, but thestrongest argument for choice in Mississippi is the over 1,000 students, parents and teachers who showed up at the Capitol(for the Jan. 22 rally). Ms. Loome … needs to stop pitting public school supporters against school choice supporters, becausethere were hundreds of public-school students in attendance at the rally.”

Many of the students at the rally arrived by way of charter buses — paid for by Empower Mississippi.

Julia Weaver of Ocean Springs and other parents decided to start Fed Up With 50th because they felt Mississippi lawmakerswere failing to support public schools.

In 2015, more than 187,000 Mississippians signed a petition for Initiative 42, a proposed constitutional amendment to forcelawmakers to fully fund public schools under the Mississippi Adequate Education Program law.

Angered by this, top lawmakers created an alternative, Initiative 42A.

In the ensuing election, Initiative 42 fell short, with proponents saying the two choices on the ballot confused voters.

In the next legislative session, lawmakers did their best to punish superintendents, teachers and other educators who backedthe measure.

The Legislature passed a law that made it illegal for school districts to pay any money toward the Mississippi Association ofSchool Superintendents, a nonprofit that trains school leaders and had supported 42. (The law was reversed a year later.)

Lawmakers also proposed a law to freeze the salaries of all school superintendents for three years.

The author of the bills, then-House Appropriations Chairman Herb Frierson, recalled, “I was pissed off. I’m just being honest. Iwas just being a smart-ass.”

Initiative 42 angered him because he said it would have taken away the Legislature’s constitutional authority to appropriate.

He said he would have supported a constitutional amendment that would have given lawmakers five years to provide fullfunding for schools.

House Speaker Pro Tem Greg Snowden introduced a bill that leveled fines for any of them who dared to communicate“information in support or opposition of any political party, philosophy or issue in an election” during the work day.

The bill didn’t pass, but educators got the message.

Even before the vote, Joeanne Williams said she and other teachers in Jackson Public Schools were told not to discuss Initiative42 on work time.

“We felt like our rights were being violated,” she said. “If we wanted to talk about it, we should have been able to.”

Mississippi politicians are fond of criticizing public schools, the six-figure salaries of superintendents and the low-test scores.

But when it’s election season, the politicians praise improvements in public schools, test scores and the like — and claimcredit for improvements.

Bryant has been fond of bashing Mississippi’s public education system, calling it an “abysmal failure.”

But in his last State of the State address earlier this year, he gushed about his “Reading Gate” program, saying 93 percent ofMississippi’s third graders were “reading proficiently. I believe that time and results will record your passage of this act as thesingle most successful reform to public education in Mississippi history.”

The governor, who has shared his struggle with dyslexia that led to him repeating third grade, has drawn national praise forhis program that helped boost reading scores in Mississippi.

The figure he cited, however, is somewhat misleading. In reality, less than half the students scored “proficient” or higher. Therest made high enough to move on.

The biggest test for Reading Gate is expected to come in May when about 35,000 third-graders take the test. This time, thecutoff score will be higher.

If the students’ scores for the reading portion of the test wind up close to the same as their scores for the full test in 2018,nearly one in four will have to repeat third grade — more than 9,000 students.

The cost to the taxpayers for these students having to repeat third grade? More than $90 million.

Katie McCustion of Tupelo saw her son, Ian, who has been diagnosed with severe dyslexia, almost have to repeat third gradebecause of the existing law — despite the fact he was on honor roll.

She had already been battling the law, leading lawmakers to alter the language. As a result, her son and other students insimilar situations received exemptions.

Untreated, dyslexia can lead to anxiety, behavior problems and even aggression. “Half of our jail cells are filled with dyslexicinmates,” she said.

Those battling dyslexia are often good at problem solving, so proper teaching makes all the difference, she said. “We’re eithermaking astronauts or inmates.”

Education should matter to all Mississippians because it impacts every aspect of our lives, she said.

At the state Capitol, some lawmakers “care more about their picture being on the wall than doing good,” she said. “Do wereally care about being 50th? If so, we’ve got to get it together.”

She believes in school choice, but “let’s also focus on innovation,” she said. “The system we know is broken.”

Until Mississippians are willing to sit at a table, put their agendas aside and discuss solutions for education, nothing willhappen, she said. “No matter what color or disability, students deserve this. It is the civil rights issue of our time.”

This story was produced by the Mississippi Center for Investigative Reporting, a nonprofit news organization that seeks tohold public officials accountable and empower citizens in their communities.

NATCHEZ — Gail Netterville has seen the floodwaters on Old River reach 60 feet. She swears she will not... read more