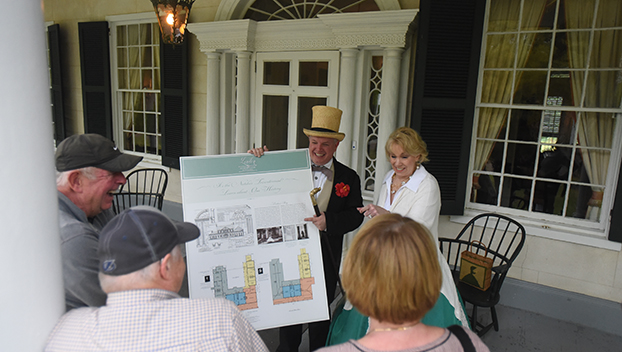 NATCHEZ — Two weeks into Spring Pilgrimage, organizers say they are thrilled with preliminary numbers that suggest a significant uptick in the visitors over last year.

“The numbers are great,” Cates said. “At the halfway point, we are 35 percent above last year for individual ticket sales.”

Bus tours, Cates said, remain about the same as last year with maybe a slight increase, but that as the season continues they hope for more.

Cates said the number of guests at the visitor reception center has required another table be set up to handle the traffic.

Natchez National Historical Park officials have also reported an increase in visitors to both Melrose and the William Johnson House.

As a result of the increase, Tynes said many of the park’s regular tours of Melrose had been sold out. The number of scheduled group tours have also increased.

“We have two tours sold out today in addition to three bus tours,” Tynes said.

“We had more than 200 visitors Friday,” Tynes said.

Cates said she believes the beautiful weather combined with a concerted effort among local tourism officials to get the word out about Natchez has helped turnout.

“I feel like everybody working more with social media and on websites has helped a great deal,” Cates said. “The visitors are getting a lot more information, and they are getting to see that information online.”

Preliminary numbers suggest many of the visitors coming to Natchez this year are from those who are within driving distance.

“We are seeing folks from Jackson, Meridian and the surrounding areas,” Cates.

From outside the state, Cates said many visitors are coming from regional states, like Texas, Arkansas and Alabama, and from the Midwest, like Missouri, Illinois and Minnesota.

“The biggest surprise was more Mississippi visitors this year because usually, they come from somewhere else,” Cates said.

Also surprising, Cates said, is many visitors are coming to see the high water on the Mississippi River.

“Many people know it is pretty and they come over to see the flowers in bloom, and the river is high. They want to see that,” Cates said. “I think it has been a good combination of things.”

Cates said some people have called expressing concerns about flooding until they hear about how high the city is above the river.

Once tourists get to Natchez to see it in bloom, Cates said they help spread the word about the city.

“I think Natchez has been the prettiest this year than it has been in a long time during Spring Pilgrimage, and I think the word is getting out about that,” Cates said. 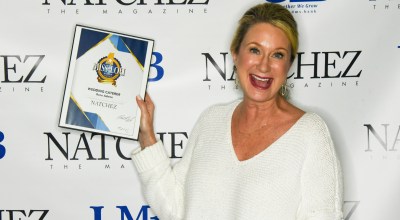