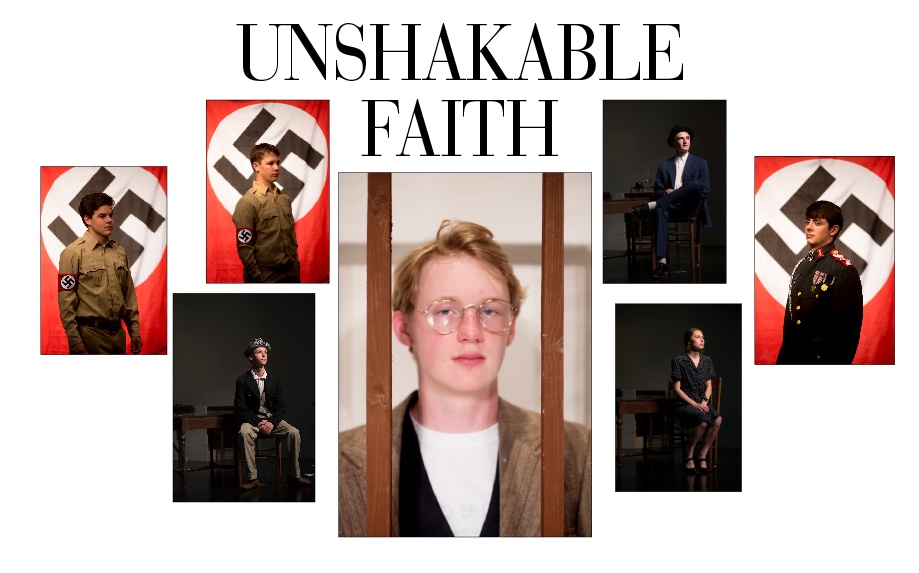 How far are you willing to take your faith?

That may be the question audiences take home with them after seeing this year’s Jefferson Street United Methodist Church annual dinner theater production of “The Beams are Creaking.”

Bonhoeffer lived in Germany during Hitler’s rise to power.

The play shows how Bonhoeffer defied the Nazis and ultimately led a failed assassination attempt against the German dictator.

Bonhoeffer was eventually imprisoned and hanged by the Germans just 21 days before Hitler’s death.

Bonhoeffer’s writings on Christianity and discipleship continue to be widely influential and are considered modern classics.

Although the play deals with heavy topics, Barksdale said audiences will come away inspired and uplifted by Bonhoeffer’s compelling story.

Colby Passman, who plays the lead role, said playing the role of Bonhoeffer has made him think and has deepened his faith in God.

“I go home after rehearsal thinking I just said all of this stuff,” Passman said, “but sometimes I don’t do some of those things in life that I just said on stage.”

Passman said he hopes audiences will come away from the play seeing Bonhoeffer as a role model.

“When I am not on stage, it has made me look at my life from a different point of view,” Passman said. “I think about what else I could be doing and about the things I have left undone.”

Tickets are $17 for adults, $12 for students age 10-18 and $6 for children 9 years old and younger. Tickets can be purchased at the church office, online at dinnertheatertickets.org or at the door.

Barksdale said youth groups or history classes interested in attending a show can call him at 601-442-3795 for a group rate.

Dinner and dessert are included with the price of admission.

“You come in and eat a home-cooked meal,” Barksdale said, “You watch the show and then during intermission you have dessert.”

Barksdale said by the end of the play audiences will come away uplifted by the play’s themes and Bonhoeffer’s story.

“People are going to come away from it inspired,” Barksdale said.