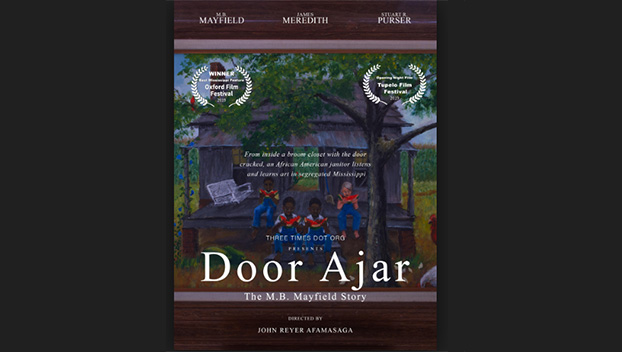 NATCHEZ — Saturday night, local audiences will get a taste of some of the award-winning films made in and about Mississippi.

The Best of the 16th Annual Oxford Film Festival in Natchez will showcase two films from the annual film festival that is held in Oxford each March.

Local organizer Jane Gardner said the event promises to be entertaining as well as thought-provoking and educational.

“This will give the audience a chance to see the award-winning work that is being made in the state,” Gardner said.

The free event at the Natchez Architectural and Art Discoveries, 515 Main St., starts at 6 p.m. with a social hour of light appetizers, wine and beer.

The two movies will begin screening at 7 p.m.

The Natchez screening is part of a statewide tour. In recent years, Melanie Addington, executive director of the Oxford Film Festival, has shown films in communities across the state.

“We tried to make it happen last year,” Gardner said. “This year we are happy to have Melanie bring a small part of the festival to Natchez.”

Addington said the two films on Saturday night are both engaging and thought-provoking.

The first film of the evening will be “Signs,” a three-minute documentary about the ongoing vandalism of signs that mark the brutal murder of Emmett Till.

“‘Signs’ won our Reel South Award and has been broadcast on PBS,” Addington said.

The second film to be screened Saturday night will be “Door Ajar: The M.B. Mayfield Story.” The film directed by John Reyer Afamasaga tells the story of an African-American janitor who learned about art in segregated Mississippi from the inside of a broom closet.

“It is a really interesting story about a forgotten legend from Ole Miss,” Addington said. “A professor discovered Mayfield’s talent in art and hired him. Mayfield ended up getting this really great education at Ole Miss by hiding as a janitor.”

“It is just a really interesting look at something that happened in Mississippi,” Addington said.

In addition to the movie, Addington said, the evening would include a question and answer period with the filmmaker, who will also be in the attendance.

Gardner said the chance to meet Afamasaga is an exciting one.

“This will be a wonderful opportunity for any aspiring filmmakers or film buffs,” Gardner said.

The two films shown Saturday night, Gardner said, will appeal to the entire community. They are examples of the award-winning works that are part of the annual Oxford Film Festival, she said.

“The festival is so well done and shows work that is the pulse of what is happening across the country,” Gardner said. “Saturday’s event allows Natchez to be open and see what is happening in the rest of the world.”

“I hope we can make it an annual event,” Gardner said.

NATCHEZ — The Natchez-Adams Recreation Commission is looking for a pool manager to manage the daily operations of the Natchez... read more