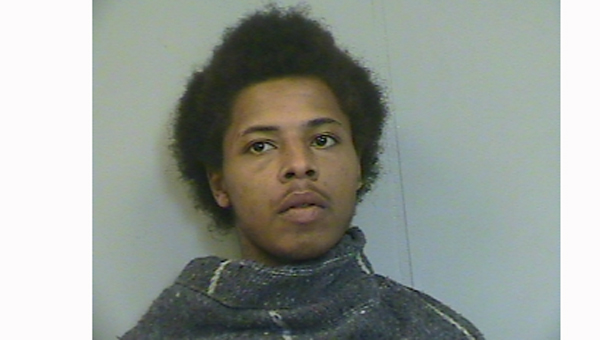 NATCHEZ — A man police said shot someone Saturday night in the parking lot of the D&Z Lounge on East Franklin Street is in custody after Adams County Sheriff’s deputies took him into custody Tuesday night.

Adams County Sheriff Travis Patten said he was off duty and out in his personal vehicle at approximately 10 p.m. Tuesday when he heard a call come over the scanner that someone had reported the suspect Damion Chatman, 24, had been spotted at a house on Junkin Street in Natchez.

Chatman is the suspect in a 3 a.m. Saturday shooting in the parking lot of the D&Z Lounge that hit the victim in the lower left torso causing a non-life-threatening injury.

Patten said he was in the neighborhood, drove past the house and saw the suspect standing in the doorway talking to a visitor.

Patten said he drove a few blocks down and called deputies with the special operations HEAT unit he has assigned to the city.

“They came out and surrounded the house and called the patrol deputies as well,” Patten said. “He fled to the back. We went to the house.”

Patten said deputies searched the house that he said he believes is the residence of Chatman’s mother who was not at home at the time but could not find Chatman.

Then in one of the closets, Patten said deputies noticed a small opening to the attic.

“One of the deputies noticed that access to the roof was open,” Patten said. “That’s where we gave verbal commands to come down. He wouldn’t come down, and we had to spray pepper spray.”

“At that point he wasn’t a problem,” Patten said. “Before we made it to the vehicle, he started screaming he was going to kill himself, that this is the end of the world.

“Later that night,” Patten said, “the Natchez Police Department came in and took him into custody.”

Natchez Police Department booking reports showed that Chatman was arrested and charged with two counts of assault, aggravated assault and attempts to cause serious bodily injury.

No bond had been set for Chatman, according to the police report.

Messages left for Natchez Police Chief Walter Armstrong and investigators seeking comment for this story were not returned Wednesday.

By Joseph Neff and Alysia Santo The Marshall Project WOODVILLE — It was a prison brimming with violence, awash in... read more