Banker: Sale of Dunleith falls through

NATCHEZ — The sale of historic Dunleith plantation was called off Monday, one day before the transaction was scheduled to close.

“We’re disappointed and back to square one,” said Adrian Sandel, CEO of United Mississippi Bank that owns the property.

Arguably the most iconic of Natchez’s antebellum mansions, Dunleith was caught up in the personal bankruptcy of its former owner, Michael Worley of Louisiana.

In February, UMB took over the property after taking it in foreclosure. The bank was owed more than $7 million and Dunleith was one piece of collateral pledged against the debt.

Two months later in early April the bank announced the property was under contract with Jake Seal, who is an actor, director and film producer.

Seal owns Plantation Village Studios in Jackson, Louisiana. He had planned to use Dunleith to expand film and TV production in the Natchez area.

“We had been working for quite some time to get to closing,” Sandel said. “Different things, his travel and other things, have gotten in the way and caused delays.

“Today (Tuesday), was going to be our closing date,” Sandel said. “Yesterday (Monday), in a phone conversation with Kevin Smith with UMB and Bob Latham, who is Jake’s attorney, Jake simply informed all involved that due to some health-related issues with his family that he would not be buying Dunleith and did not have the time to devote to the project anymore.

“We were certainly optimistic, but not totally surprised, due to the delays we’d had,” Sandel said, adding that recent activity had given them hope it was going to sell. “Bob was in the bank last week preparing the closing documents.”

Still, he said, the timing of Monday’s announcement was unexpected.

“It was a punch in the gut,” Sandel said, adding that he remains supportive of the film industry’s investments in Natchez.

Sandel said he appreciates the investments film producers are making in the community and the region.

“We certainly wish him the best in his endeavors to bring movies and TV show productions to our part of the country in Jackson, Louisiana, and our area,” he said. “It is certainly helpful to everyone here.”

The bank, which was unable to market the property to other potential buyers while under contract with Seal, has already begun efforts to do so.

“Though it’s been off the market and under contract, we’ve had a handful of people who stayed in touch and said, ‘If something happens, let us know.’

“We’ve made some calls yesterday and today to those people and are reconnecting with those potential buyers.

Sandel said despite some interest from people who want to lease the property and reopen the former owner’s restaurant, The Castle, or the bed and breakfast operation, managing such a lease arrangement is not something the bank seeks to do.

“At this point, our objective is to find a buyer and sell it quickly,” Sandel said. “Everybody that’s involved from all sides knows what this means for Natchez for it to get in the proper hands with the proper plans and get it running again. A single destination wedding can have a huge impact on our economy.

“Hopefully, we can find the right fit and move the property quickly.

For now the property remains shut down with only maintenance and security personnel on the property.

“We’re working to maintain and protect the property.

Dunleith was built in 1856 and operated as a commercial bed and breakfast facility since 1976. When it closed Dunleith currently had 22 luxury rooms available for overnight guests and has been the venue for many weddings and large parties throughout the years. 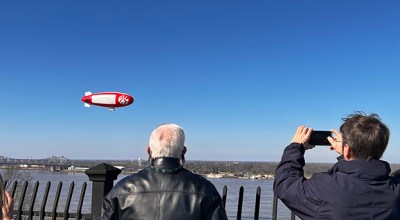 Adams County man scheduled to be on trial for…