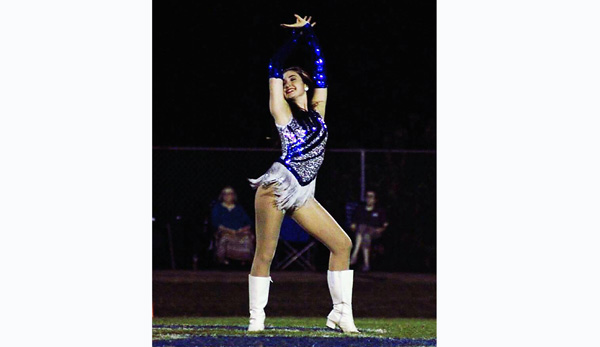 NATCHEZ — For the first time ever, Merit Health Natchez has awarded a dancer or cheerleader the Athlete of the Month award.

“I was very honored and very excited about receiving this award,” Gray said. “It’s something that I was definitely very touched by. I was the first dancer or cheerleader to ever have been given this award. I think it’s very important because sometimes dance and cheer are not seen as athletic, but they are very athletic.”

Gray, 17, said she has been dancing since she was 2 years old.

Gray said she has been on the ACCS Rebelettes Dance team for five years.

When Gray was in the eighth grade, the Rebelettes placed third with a home routine in a Universal Dance Association camp in Panama City, Florida, in 2016.

In 2017, Gray was part of the Natchez Ballet Academy’s “The Nutcracker.”

In November 2017, Gray danced as a gypsy in the Angels on the Bluff Tour. As a gypsy, Gray said she danced around a campfire.

“That was a lot of fun and probably one of my favorite things I have gotten to do,” Gray said about being a gypsy part of the Angels on the Bluff Tour.

For the Rebelettes, Gray dances at halftimes and during pep rallies. Gray said dancing has been so much fun and her favorite thing to do.