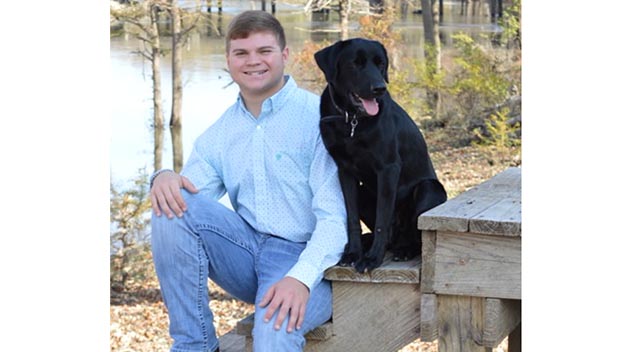 NATCHEZ — Cane Lanehart, a senior at Wilkinson County Christian Academy, was chosen by his teachers and school administrators for the Daughters of the American Revolution Good Citizen award.

Lanehart said the award is one of many accolades he has achieved throughout his high school career, including his election as the Student Body President and the 2019 Homecoming King at WCCA.

Lanehart said none of his successes were given to him, however.

“Success is not something that is given to you, but something you have to work very hard to achieve,” he said.

Lanehart said he learned the qualities of being a good citizen and a good leader at the Hugh O’brien Youth Leadership conference at Millsaps College and the APEX Leadership Summit at the University of Mississippi during his junior and senior years.

“Through these leadership conferences, I was able to recognize my strengths and weaknesses in my leadership skills and learn how to become a better leader in my school and local community,” he said. “I learned the true values of a real leader and how important it is for a community to have such a leader to help and improve the community as a whole.”

Lanehart is the son of Jennifer and Craig Lanehart and the middle child of three siblings and enjoys water sports, football, hunting and spending time with his family and friends, he said.

Lanehart has also been a member of Woodville Baptist Church since birth and is an active member of his church’s youth group.

He is currently ranked second in his high school class and is a member of the football team, National Honor Society, the Science Olympiad Team and has also played baseball.

Lanehart said he plans to attend Mississippi State University this fall and pursue his degree in Chemical Engineering.

“I have always been interested in science, physics and fixing things,” he said. “This is why I think I would enjoy becoming an engineer.”

Lanehart said he believes he was chosen for the DAR Good Citizen Award because dependability, service, leadership and patriotism are all important qualities that he strives to have throughout his daily life.

“I have always been a man of my word, meaning if I say I’m going to do something that task gets completed,” he said. “Service to my community, church and school has always been important to me. … Leadership is also a trait I have been blessed with. … I know how to make decisions, take charge and get the tasks accomplished. … I have four great-grandfathers who served in war. I am very thankful for all servicemen and their families who make the sacrifice daily to keep our nation free and under God.”