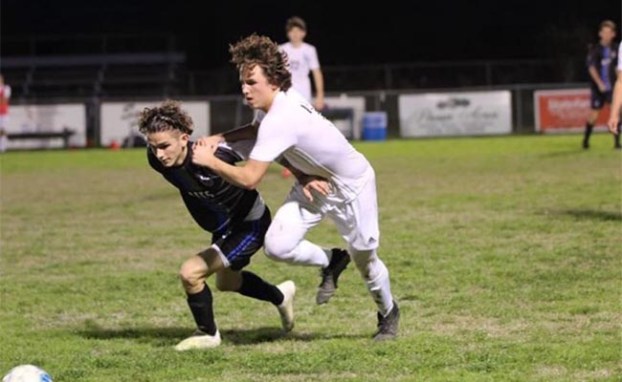 The Lady Storm earned a 1-1 draw in Monday’s match against the No. 18 ranked  Ouachita Christian School in the LHSAA Division IV power ratings. In the match, Cailey Geoghegan scored the goal for the Lady Storm.

Daniel Rivera, Delta Charter head boys and girls soccer coach, said the Lady Storm are on the bubble with the No. 25 power rating.

“The girls had to get a result last night, either a tie or a win, to have a shot at making the playoffs,” Rivera said. “That kept the girls playoffs hopes alive.”

To make the LHSAA soccer playoffs starting on Feb. 26, Delta Charter needs to win against Tioga High School, a non Division IV opponent, and St. Frederick, who is ranked No. 20 in Division IV.

In the upcoming practices, Rivera said he wants the Lady Storm to focus on playing more consistent.

“Some days we show up and when we’re at our best there’s no team in the state that wants to play us but some days we’re not consistent and we don’t show up with the same attitude,” Rivera said. “That has been the reason why we are at that position.”

The boys soccer team hopes to keep their playoffs hopes alive with wins in the last three matches of this season.

The Ouachita Christian School Eagles earned a 3-2 win over Delta Charter Storm in a match on Monday. Jacob Hawkins and Andrew Dillard each scored one goal in the match. Rivera said the match was a heart breaker.

“We really needed that one in order to give us a push towards the playoffs,” Rivera said. “I thought we didn’t really play our game and we could have played better. Because we lost last night, our playoffs are in jeopardy.”

After today’s match against the Tioga High School Indians, the Storm will host St. Frederick Warriors, a Division IV foe, on Feb. 3. The Warriors are No. 8 in the LHSAA Division IV power ratings. The LHSAA playoffs for boys soccer begins on Feb. 28. Rivera said with the IQ of the soccer team, he hopes the Storm can earn a spot in the playoffs.

The Storm (4-9-2) will travel to Tioga High School Indians for a match at 7 p.m. today. To prepare for the Indians, Rivera said the Storm watched film on the Indians.

“We’re going to spend our time in practice focusing on exploiting the weaknesses of our opponents,” Rivera said.

VIDALIA — Thanks to a strong first quarter on both ends of the court, the Ferriday High School Trojans took... read more