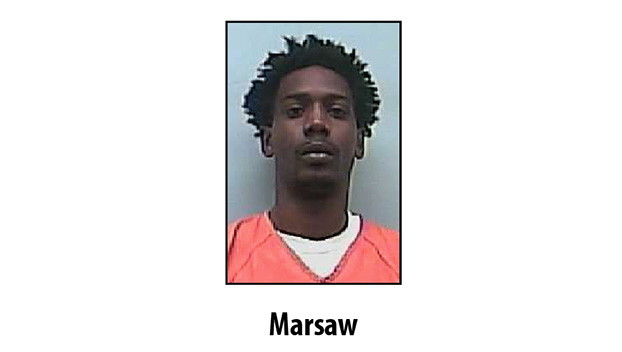 “When officers entered the residence, they encountered James E. Marsaw in the living room sleeping on the couch,” states a press release from the sheriff’s office. “As they proceeded through the rest of the residence, deputies encounter two small children . . .”

of powder cocaine, a small amount of marijuana, a razor blade used to cut the crack

“All were found in close proximity of Marsaw,” the press release states.

to distribute from an arrest on Aug. 28, 2019, which is waiting to be presented to the Adams County Grand Jury.