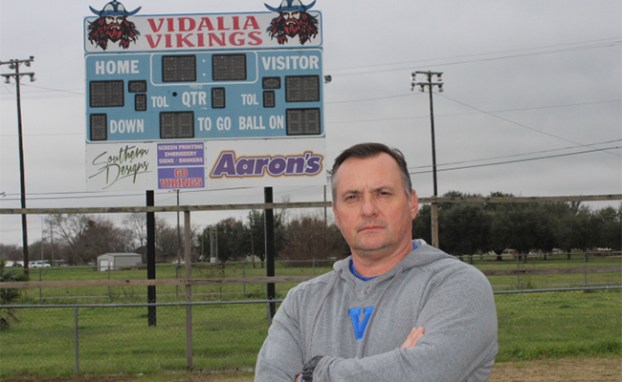 VIDALIA — Michael Norris said he has dreamed about being the head coach of a high school football team in the Miss-Lou.

Norris said his dream came true on Monday when Vidalia High School named him as the new head football coach.

Norris has coached football for 17 but never as a head coach.

“For a long time, I wanted to be a head football coach,” Norris said. “I wanted it to happen here but last year we thought it was going to be longer when Dee Faircloth was here. Then, when Rob Faircloth was not going to apply again to be the new head coach, I thought ‘maybe this is the time.’ This was where I wanted to be and they gave me the job. Now, we’re going to get that culture put in and see how we do.”

Norris is not new to the Vidalia Vikings football program. Last season, he was the Vikings quarterback coach.

“I came back home to Mississippi from Utah because I wanted to be a coach down here and be able to have a program down here in the Miss-Lou, where I grew up,” Norris said. “I especially wanted to coach where Dee Faircloth was a coach for so long.”

Last season, the Vikings finished with 3-8 overall record and 2-4 in the Class 2A-District 2. Vidalia is in the same district as the Ferriday High School Trojans, the Class 2A state champions.

“We’re going to set the bar to be able to compete with them,” Norris said. “I have been in programs that have been in the state championship game. Now it’s my time to see if I’m correct and know what I’m talking about.”

By RICK CLEVELAND Special to The Democrat Allen Brown was a big, strapping man with a kind, sweet, humble nature... read more