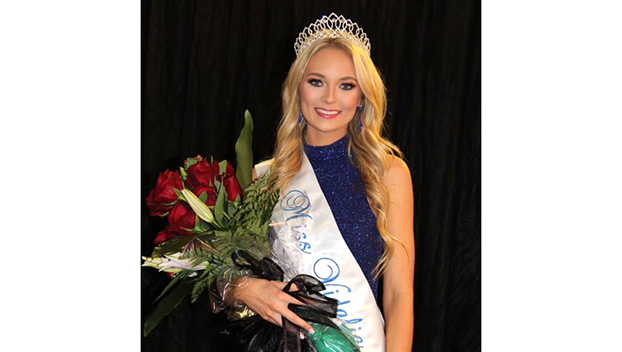 VIDALIA — Ryleigh Probst, a senior at Cathedral High School, said it was a big surprise for her to be crowned Miss Vidalia last month.

She had spent approximately three weeks practicing with six other girls for the pageant. They worked on their dance moves from the beginning of January until the day of the pageant on Jan. 18 at the Clarion Suites in Vidalia, she said.

“Before we even knew who won, they give out other awards,” Probst said. “I got the People’s Choice award and Best Interview — which I was very proud of because that is the bulk of the pageant. I was very nervous when we had to all go back on stage. I wasn’t expecting it but it was a great feeling when they called my name out.”

Probst said she felt very nervous during her interview.

“When you walk in, it’s just the judges and you in there,” Probst said. “First, they ask you questions about yourself, then they ask you why you want to be Miss Vidalia. They ask you some crazy questions too. They asked me if I could make a short commercial about Vidalia what would I say.”

Probst said when she thought about what to put into a commercial about Vidalia, she thought of home, Sunday lunches with her grandmother and the river walk.

“I said I would take the viewers to my house, just to show them how I live,” Probst said. “Then I would take them to my grandmother’s house for a meal because she makes the best Sunday lunches. I would also take them to the river walk just because that is an amazing view that not everyone gets to see every day.”

Though the Miss Vidalia pageant was Probst’s first and only pageant to participate in, royal blood runs through her veins, she said.

Her mother, Shannon Probst, wore the Miss Vidalia crown before her as did her aunt, Dara Shirley, in the inaugural Miss Vidalia pageant in 1995, Probst said.

Probst said she enjoys going to the lake, spending long summers on a beach and spending quality time with family and friends.

She enjoys math and some sciences, particularly biology and anatomy.

When she graduates, Probst said she would like to study to become a surgical nurse at either the University of Mississippi or Louisiana State University.

Crews to work through night to restore gas service after leak

NATCHEZ — A gas leak at State and Commerce streets forced the evacuation of three or four houses in the... read more