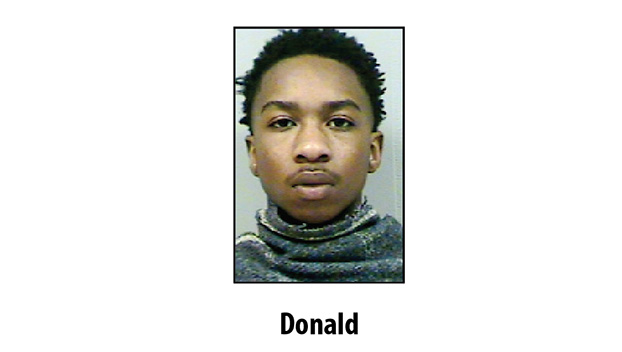 NATCHEZ — A Natchez teen was arrested Monday and charged as an adult for attempted murder and shooting into a dwelling after he allegedly shot another teen in the leg, law officials said.

Jordan Donald, 16, was arrested at the Natchez Police Department on Monday for shooting another teen just outside of his residence on Marquette Avenue at approximately 4 a.m. Sunday.

Natchez Police Chief Walter Armstrong said officers were dispatched to the residence in reference to the shooting.

The victim was treated and released from Natchez Merit Health with minor injuries, Armstrong said.

“Apparently the two of them had been arguing over text messages,” Armstrong said.

Donald was being detained without bond as of Tuesday, he said.

“I want to commend officers for their quick response and quick development of this case which resulted in the arrest of Jordan Donald,” Armstrong said. “This is another example of how some of our youth are resolving their differences with weapons. I’m thankful that the victim did not suffer a fatal wound. However, the suspect is facing serious charges for a situation that could have been resolved without the use of firearms.”

Armstrong said he encourages parents, family members and loved ones of teens to be involved of their teens’ lives. Armstrong said a City of Natchez ordinance mandates that juveniles follow a curfew and stay inside after 10 p.m. on school nights and after midnight on weekends and holidays.

“It’s not good enough to hope that the police will watch over children and catch them,” Armstrong said. “We need help from families to make sure they are home safe and sound when they are supposed to be. … This suspect is facing significant charges that could potentially have a life-long impact on him because of a poor choice that he made.”

NATCHEZ — A Natchez man was ordered to pay $1,300 in restitution to the Natchez-Adams Humane Society in Adams County... read more