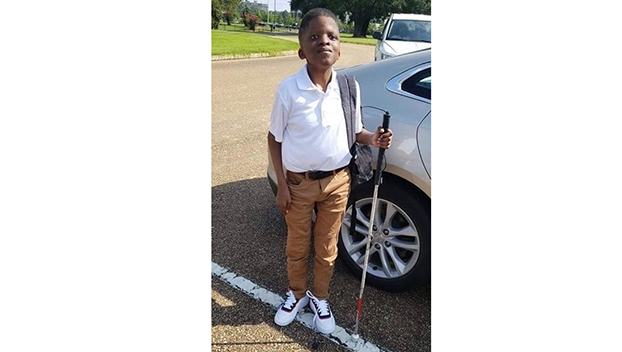 Natchez High to host benefit in memory of former student

NATCHEZ — Natchez public schools will host a Jean Day fundraiser today to assist the family of a former student who died Tuesday with a brain tumor.

The Natchez Adams School District posted on social media Thursday to alert students and staff that they can break the dress code today and wear blue jeans in exchange for a small donation that will help the family of Dajon Prater, 17, with funeral expenses.

“The Natchez-Adams School District will have a Jean Day Fundraiser to assist the family of Dajon Prater, who passed away earlier this week. Dajon was one of our students who attended the Mississippi School for the Blind. Anyone in the district who came in contact with Dajon knows that he was a happy and joyful young man who didn’t let his disability stop him in any way. He was indeed an inspiration!
We are asking all students to wear jeans tomorrow, Friday, February 7, 2020, for $1. All staff members, please wear jeans for $2. There is no limit to the amount that you can donate. Thank you for your help,” the post stated.

Ernest “Tony” Fields, the district Public Relations Coordinator, said he knew Dajon from Field’s days as principal at Joseph Frazier Elementary School before Dajon started attending the Mississippi School for the Blind in the seventh-grade.

“I had him as a student while I was a principal at Frazier,” Fields said. “… He was just a happy kid. He didn’t let his disability stop him and knew everyone by the sound of their voice. … He was a joy to be around. … Anytime we lose a student, it’s a sad time for all of us.”

Dajon’s mother, Connie Prater, said her son was diagnosed with an inoperable brain tumor at the age of 2 and died Tuesday at Batson Children’s Hospital in Jackson.

“They couldn’t do surgery and so we had to use chemo medicine to shrink (the tumor),” she said. “The last treatment he had was radiation therapy and his body didn’t take it well.”

Connie said her son did everything that he could despite being blinded by the tumor.

“He played in a band and loved music,” she said. “He played guitar, drums and the piano, which was his favorite, and he sang. He was very talented. He ran track and played soccer and tried to participate in everything that he could. He was always concerned about everyone else’s wellbeing.”

Rev. John Scott of Christian Hope Baptist Church in Natchez said Dajon loved God and was a joy to be around.

“He was very spiritual and one of the finest young people that you could ever meet,” Scott said. “He had the ability to uplift you. … He was a joy to all of us at the church. He would always greet you with a big warm smile.”

Funeral Services for Dajon will be 1 p.m. Feb. 15 at Christian Hope Baptist Church. Arrangements are under the direction of Bateaste Memorial Funeral Home.

Today is last day to qualify for election

NATCHEZ — Today is the last day for candidates to qualify for this year’s municipal elections. The deadline for paperwork... read more