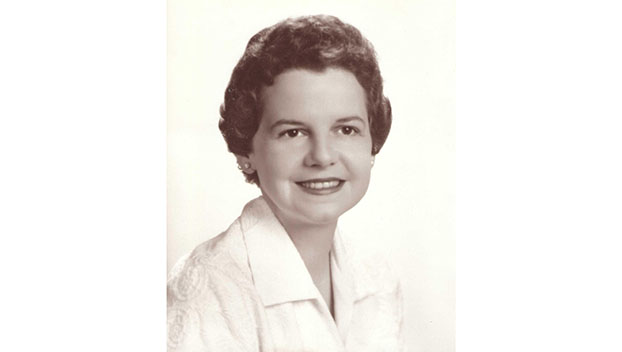 NATCHEZ — Mattie Jo Simmons Lambdin Ratcliffe, 91, of Natchez, passed away to her heavenly home after a brief illness on Monday, March 30, 2020. Services and visitation will be at a more appropriate time when we can gather with loved ones.

Mattie Jo was born Sept. 18, 1928, in Greenwood, MS and resided in Natchez, the daughter of the late Silas McKinley Simmons and Mattie Clotilde Middleton Simmons.

After growing up in Natchez and graduating Valedictorian from Natchez High School, she attended H. Sophie Newcomb Memorial College of Tulane University where she was a member of the Chi-Omega sorority.

She lived all her life in Natchez, a town that was one of her greatest joys as an avid historian and storyteller. Mattie Jo served as a premier tour hostess and a participant in most local events. She was a communicant of Trinity Episcopal Church and a member of the Trinity Episcopal Church vestry. Mattie Jo served for many years as a member of the City of Natchez Zoning Board preserving the town she adored.

Mattie Jo was an Emeritus member of the Pilgrimage Garden Club including the Stanton Hall Governing Board, a member of the Garden Clubs of America, Natchez Junior Auxiliary, Daughter’s of the American Revolution, Colonial Dames of America, and the Historic Natchez Foundation. She also served on the Trinity Episcopal School Board.

The family would like to offer special thanks to her caregivers, Ethel Griffin and Riverbridge Specialty Hospital.

The family requests memorials to be made to Trinity Episcopal Church in Natchez, or a charity of your choice.