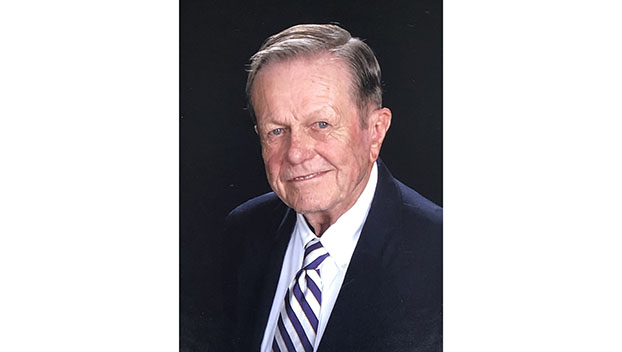 NATCHEZ — Charles Hayden Kaiser Jr., 91, of Natchez, passed away at the Natchez Regional Hospital at 3:45 a.m. on April 25, 2020. Hayden was born in Natchez on May 14, 1928, to Charles Hayden “Dutch” Kaiser and Irma Louise (Fatherree) Kaiser.  He married Barbara Gerard Brandon on June 16, 1962, at St. Mary Basilica in Natchez and she remained the love of his life for almost 58 years. He was a proud veteran of World War II and the Korean War and served in the Army, Navy and was detailed to the Air Force during his military career.

Hayden was a devout member of St. Mary Basilica.

Hayden was preceded in death by his parents and his sister, Nell Louise (Kaiser) Zuccaro.

Hayden attended Carpenter #1 School, Cathedral School, Natchez Institute, and graduated from Natchez High School in 1945.  He joined the Navy after high school during World War II and went to boot camp in Bainbridge, MD, with his friends from Natchez, Edward EIdt, Richard Feltus, Joe Parker, Gene Platte, Russel Goddard and Claiborne Hollis.  After boot camp, he went to Guantanamo Bay, Cuba, where his squadron flew drones for warship practice.  He left the Navy in 1948 with a rank of Aviation Radioman, 3rd Class.  He entered Louisiana State University in 1948, became a member of Delta Kappa Epsilon fraternity and joined the ROTC when the Korean War broke out. After graduating in 1952 with a Bachelor of Science in Civil Engineering, he eventually went to Beale Air Force Base, CA, where he worked to convert Beale from an Army base to an Air Force base. He received a graduate certificate in Airfield Design from Texas A&M, and left the Army as a 1st Lieutenant in 1954.

After returning to Natchez, he formed a partnership with Chandler Jordan, as Jordan & Kaiser, in 1954.  They later joined with J. P. Sessions to form Jordan, Kaiser & Sessions.  He worked as a Professional Engineer doing Civil Engineering and Land Surveying for the local area for 64 years, completing over 2000 projects in the local region.

Hayden was a servant leader of the community, as shown by his involvement in the Natchez Rotary Club (served as President), Board of Directors of the Britton and Koontz Bank (served as Director and Vice Chairman), Board of Trustees of the National American Consulting Engineers Council (ACEC) Life Health Trust (co-founder of the Mississippi Chapter of ACEC and first President in 1967), Mississippi State Board of Registration for Professional Engineers and Land Surveyors (President 4 times), Gulf Institute of Consulting Engineers, Natchez Chamber of Commerce (Director several times), and was on the Engineering Advisory Committee at Mississippi State University (MSU) for 22 years.  He won various awards from these organizations, including the Teddy Roosevelt Award from the ACEC.

Hayden is a past member of The Natchez Country Club, Bellwood Country Club, and Beau Pre Country Club, where he enjoyed playing golf. He had many friends with whom he enjoyed socializing and discussing the events of the day. Some of his fondest memories are the many Christmas vacations he spent with his family and friends skiing in Vail, Colorado. He was a very kind and friendly person. He never met a stranger and would engage with visitors to Natchez and his church in conversations about his favorite places to visit, the history of his church and city and where to go for food and fun.

The family is especially thankful to have had the love and support of the wonderful caregivers that helped to care for him in his last year, including Juanita Nickelson, Martha Blake, Alice Williams, Jewel O’Quinn, Dorothy Jackson, and Jamenisha Noble. A special thanks to Dr. Ed Daly and his dedicated staff.

In lieu of flowers, memorials may be sent to St. Mary Basilica, Cathedral School, or the charity of your choice.

Due to the Covid-19 quarantine, a celebration of his life will be announced at a later time.