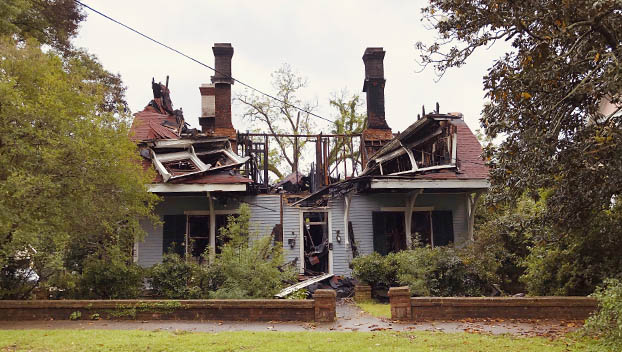 A historic house on North Union Street was gutted by an early morning fire Wednesday.

Natchez Fire Department crews from Central Fire Station and Station No. 3 responded to the fire at the corner of North Union Street and St. Mary Street at approximately 3 a.m.

No one was reportedly in the house at the time when the fire started. A neighbor reported the fire to 911 after seeing the flames and smoke. The second floor was already heavily involved when firefighters reached the scene.

Mimi Miller, former executive director emeritus of the Historic Natchez Foundation said the house was likely built around 1888 or 1889.

Unique for its large sloping roof, large dormer windows and front brackets the house was built in a neighborhood that was created after a large tract of land owned by the Catholic church was sold and subdivided in the late 19th-century.

The cause of the fire is under investigation.

More information will be provided as it becomes available at natchezdemocrat.com.

LORMAN — Due to the COVID-19 outbreak, Alcorn State University will honor its spring 2020 graduates Saturday through its first... read more