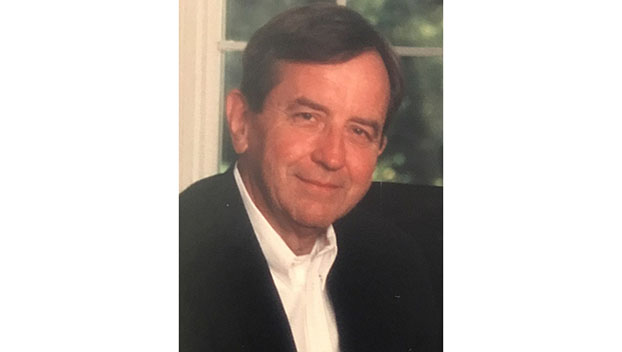 KANSAS CITY, Mo. — David Allen Ball, MD, 84, passed away on April 13, 2020, in Kansas City, Missouri. David was born July 21, 1935, in Independence, Missouri to Richard Ayres Ball and Juliet Tipton Ball. He graduated from Shawnee Mission High School in 1953. He then attended the University of Kansas where he graduated with honors in chemistry. He remained at KU to complete his medical degree, followed by his internship and residency in orthopedics at St. Luke’s Hospital, Kansas City. Shortly thereafter, he was called to service as Lieutenant Commander in the Navy Medical Corps at St. Albans Hospital in New York City during the Vietnam War. In 1968 he returned to Kansas City and joined the Dickson-Diveley Orthopedics group. He also served as team physician for the Kansas City Royals (at the time known as the Kansas City Athletics).

In the early 1970s, David joined the Passman, Taylor, Ball Orthopedic Group of Natchez, Mississippi, where he practiced orthopedics for twenty years. He served as Medical Director of Charity Hospital shortly after his arrival in Natchez. For a number of years, he devoted his Saturdays working at a free orthopedic clinic dedicated to serving children with disabilities.

In 1991 David returned to Missouri and established a successful orthopedic practice at Freeman Hospital in Joplin. Shortly before his retirement, Freeman Hospital named the David A. Ball, MD Medical Building in his honor.

David’s sense of humor, his charm and his humble nature made him beloved by his patients, co-workers, family and all who knew him. David would like to be remembered as a true public servant who helped

Vietnam veterans, disabled children and those in need. David’s devotion was not confined to his patients; he loved the natural world and found meaning and joy in his surroundings. He had many hobbies and interests which he shared with his family. He loved gardening, feeding songbirds, collecting books and enjoyed fishing trips with friends and colleagues. As a member of Trinity Episcopal Church in Natchez, David served as Senior Warden and board member of Trinity Episcopal School. David was a man marked by integrity, intelligence and altruism; a gentleman to the very end.

He is preceded in death by his parents and his brother, Richard. A memorial service will be held at a later date.