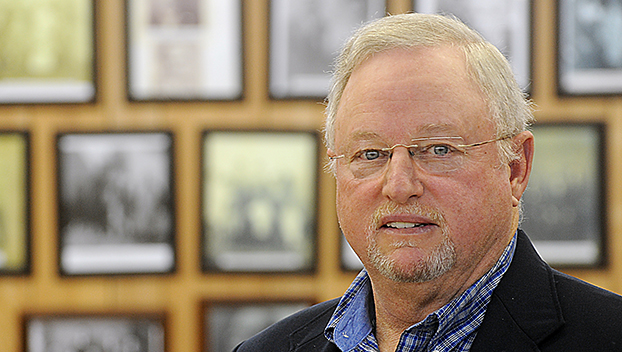 NATCHEZ — Natchez area veterans are mourning the loss of Donnie Verucchi, a friend and comrade they said did much to help the state’s veterans in various roles with veterans’ organizations over the years.

Hugh Long, a former Mississippi state commander of the Veterans of Foreign Wars, said he first met Verucchi in the mid-to-late 1990s.

“I ran into Donnie back then, and we were talking about VFW posts in Natchez,” Long said. “Natchez had three VFW posts back then, one black, one white and another one. None of the three were doing well.”

Long said at that time Verucchi, a Vietnam veteran, was participating in the Vietnam Veterans Association.

“I convinced him that if he would get in the VFW he could do more for veterans,” Long said. “He did. We closed all three of those posts and he took a number off of one of them and he combined all of them. … He really made a big improvement on that post.”

Long said they were able to get approval from the Natchez Trace Parkway to utilize an old Natchez Trace welcome center for VFW Post 9573.

Later, Verucchi was state commander of the VFW when Hurricane Katrina hit the Mississippi Gulf Coast in 2005 and Verucchi’s wife, Carolyn, was president of the VFW Auxiliary.

“We went to the Coast and gave away $200,000 that we had gotten in from other state’s for relief,” Long said, adding that it is a mission of the VFW to send relief to states that have disasters. “We gave each member of the VFW and the auxiliary $200 cash. One of the members we gave the money to said he had plenty of money but he could not get to it because all the banks were closed.”

It was during the aftermath of Hurricane Katrina when John Floyd, current VFW Post 9573 commander, said he first met Verucchi.

“I was active duty in the guard serving, helping with the cleanup and stuff after Katrina,” Floyd said of meeting Verucchi. “Between him and Charles Harrigill that’s how I came about joining the VFW in 2005 right after I came home from Iraq.”

Floyd said Verucchi was an inspiration for the VFW and taught him a lot about the organization.

“He is one of the founding charter members of this VFW post in Natchez and under his leadership and guidance I learned some of my VFW abilities. He has been a real good friend and a comrade,” Floyd said. “We are going to miss him.”

“About eight years ago when I was planning to retire from Co-Lin, I wanted to create a non-profit for veterans,” LaFrancis said. “That eventually became Home With Heroes.”

LaFrancis said Verucchi was the first person he went to for guidance and approval.

“I have a high degree of respect for Donnie and I know that the veterans in the Miss-Lou also have an incredible amount of respect for Donnie,” LaFrancis said. “If Donnie would give his approval and even join the board then we definitely would be a success from there.”

LaFrancis said Verucchi not only gave LaFrancis his approval, but Verucchi also became a charter board member of the Home With Heroes Foundation.

“Throughout all those years he has been what I call a charter board member and he has been extraordinarily supportive of everything we have done,” LaFrancis said. “I’ve been able to go to him for advice on how to help veterans on different projects that we could do for veterans. Donnie is more than just a board member. He is a confidante and an inspiration.”

Verucchi served two years in the U.S. Army and one year in Vietnam with the First Air Calvary Division as an Infantry Point Man. He was awarded two Bronze Stars, the Purple Heart, Army Commendation, the Combat Infantry Badge and numerous other awards.

In later years, Verucchi suffered from exposure to Agent Orange and lost a lung, friends said.

“He was an outstanding individual,” Long said. “In his year as commander he worked hard trying to help other people and was very active until he got his lung problem. He hung in for a long time. He was the most outstanding character. He was a model individual. Super guy.”

Floyd said he would miss Verucchi.

“I give my best to the family,” Floyd said. “…I’m glad to know him and am going to miss him and look forward to seeing him soon.”

Verucchi was a devout Catholic and a life member of Assumption Catholic Church.

Due to the COVID-19 pandemic, Verucchi’s funeral will be restricted to family and close friends.

Memorials can be made to Cathedral School Natchez, the Assumption Catholic Church window project, or Wreaths Across America.

NATCHEZ — City of Natchez officials approved replacement hires for the Natchez Fire Department and the recreation department during a... read more