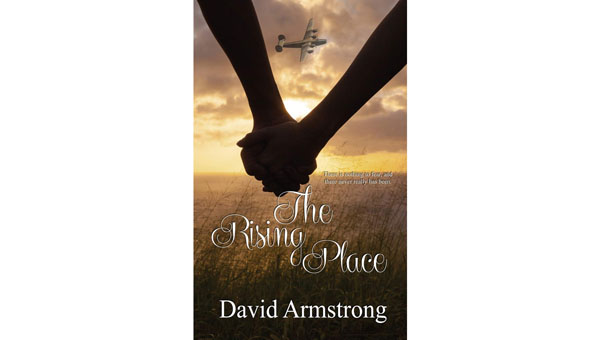 “The Rising Place” by Natchez native David Armstrong was published earlier this month by The Wild Rose Press in trade paper (ISBN: 978-1509230655, 198 pages, $13.99) and eBook ($3.99) editions. “The Rising Place” is available wherever books are sold. (Submitted Photo, The Natchez Democrat)

David Armstrong, a Natchez native and former Natchez mayor now living in Columbus, has written his debut novel, “The Rising Place,” published earlier this month by The Wild Rose Press.

“The Rising Place” is a work of historical fiction centered on the premise: What if you found a hidden box of letters from World War II that belonged to a reclusive old maid who had just died? Would you read them? And what if you did read them and discovered a compelling story about unrequited love, betrayal and murder that happened over 70 years ago in a small, Southern town?
Prior to being published, “The Rising Place” was made into a film by Flatland Pictures and won 16 film festival awards before opening in both New York and Los Angeles. It is currently available on DVD.
The plot of “The Rising Place” focuses on a young attorney named David, who moves to Hamilton, Mississippi, to practice law.

His first case is to draft a will for Emily Hodge. “Miss Emily” is a 75-year-old spinster who is shunned by Hamilton society, but David is more than a little intrigued and can’t understand why this charming lady seems to have lived such a solitary and forgotten life.
When Emily later dies, David goes to her hospital room to retrieve her few possessions and bequeath them as she directed, and he finds a sewing box full of letters in the back of her nightstand drawer. He takes the letters back to his law office, and when he starts reading them, he discovers why Emily Hodge was ostracized by Hamilton society and why she died alone — but definitely not forgotten.

Armstrong is an attorney, former mayor and former candidate for the United States Congress. He has lived and worked throughout Mississippi, including Jackson, Meridian, DeSoto County, Natchez and Columbus where he currently serves as the Chief Operating Officer for the City of Columbus.
Armstrong has also written four screenplays and two other novels, one of which, “The Third Gift,” is under contract to be published in the summer of 2020. Armstrong is the father of two grown sons, William and Canon, and lives in one of the oldest and most haunted antebellum homes in Columbus where he continues to write and take care of a crotchety old cat named Butch.

NATCHEZ — City of Natchez officials approved replacement hires for the Natchez Fire Department and the recreation department during a... read more