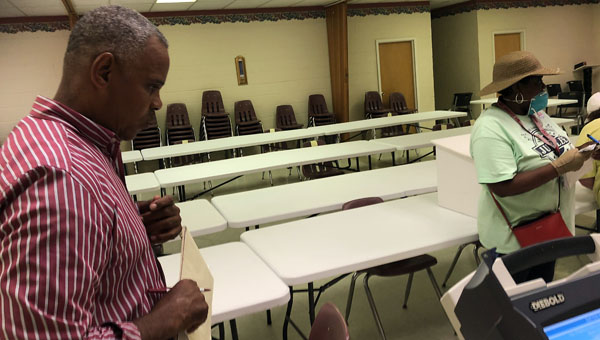 NATCHEZ — After the votes were counted in Tuesday’s Democratic Party Primary runoff for the Natchez Ward 4 Alderman seat, incumbent alderwoman Felicia Bridgewater Irving was 16 votes ahead of challenger Michael Calcoate.

However, 120 absentee ballots remain to be counted and the Natchez Municipal Election Commission is expected to begin counting the absentee ballots on Wednesday at the Adams County Courthouse.

“I am very optimistic about the race,” Irving said after Tuesday’s votes were counted. “Thank God I’m on top so far. I am grateful for all the support.”

Calcoate said he too was optimistic after Tuesday’s votes were counted.

“I’m very encouraged,” Calcoate said. “The best is yet to come. Hopefully, I will be victorious tomorrow. It is very possible.”

The winner of the runoff will face Republican Challenger Brenda Floyd in the July 14 general election.