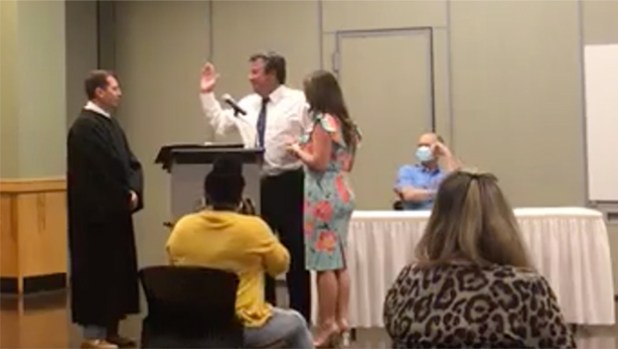 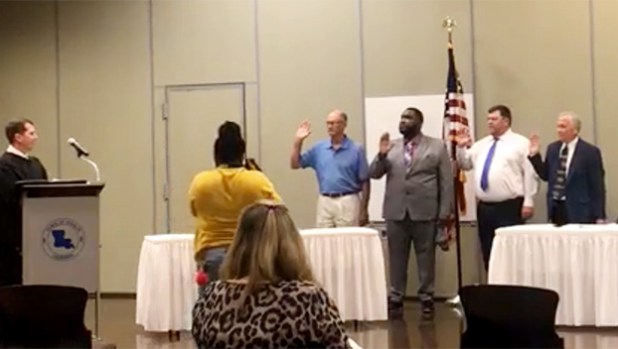 Editor’s note: The following story, originally published on Saturday, July 25, omitted the names of two aldermen who were sworn in on Friday. Jon Betts and Brent Smith were also sworn-in. The story also contained a factual error. Police Chief Joey Merrill, who was scheduled to be sworn-in, will be sworn-in at a later date. The following story has been corrected. We regret the errors and are glad to set the record straight.

VIDALIA — Newly elected officials for the Town of Vidalia were sworn into office on Friday at the Vidalia Conference and Convention Center.

Buz Craft, who was sworn-in for his second term, said the day was one of celebration for the newly-elected officeholders.

Four of the five aldermen who were elected on July 11 attended Friday’s swearing-in ceremony.

Craft said District 1 alderwoman Rosa Demby was unable to attend the ceremony and will be sworn in at a later date.

Smith is the only newcomer of the board, having won one of the three at-large positions in District 3. He replaces Sabrina Doré.

Gardner said today is a new day for Vidalia.

“I’m going to fight hard to get the pumping station in District 2 where we voted for it to go,” Gardner said. “The people of District 2 need that pumping station. Whatever the citizens need I am here for them. I appreciate their support and for keeping me in office. I love them dearly and this is going to be a brand new day for the next four years.”

Vidalia Police Chef Joey Merrill was in attendance at the swearing-in ceremony Friday but was not sworn-in. Craft said Merrill wanted to wait to be sworn-in when his daughter could be in attendance to hold the Bible during the ceremony.