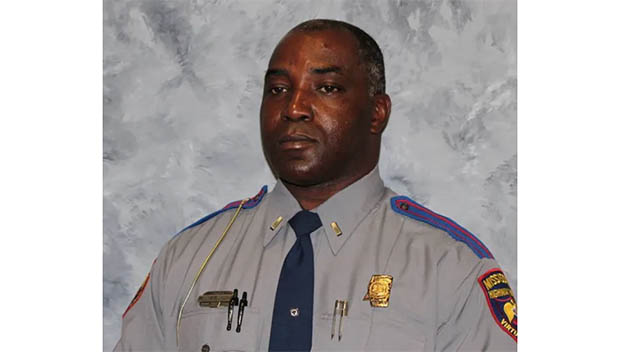 By STAFF and WIRE REPORTS

HAZLEHURST — A funeral is planned this weekend for a Mississippi Highway Patrol trooper killed while off-duty and working a second job.

A spokesperson at Westhaven Funeral Home said the family requested that the funeral be private, open only to family members and highway patrol troopers.

Morris, a 27-year veteran of the Mississippi Highway Patrol, was driving a mail truck for a company contracted by the U.S. Postal Service early Friday, Aug. 7, when he got a flat tire on U.S. 61 in Jefferson County. Morris called Mississippi Highway Patrol and the sheriff’s department to report the flat while he waited for another truck. A deputy later arrived on scene and found Morris shot to death inside the truck, investigators said.

Morris was 58, and Jefferson County Sheriff James Bailey said Morris, who was only a few months shy of retiring from the Mississippi Highway Patrol, leaves behind a wife, Gale, and a daughter.

“We’ve pretty much been raised together in law enforcement,” Bailey said. “He was a dear friend of mine. He loved his job, was dedicated to his job, he did his job, and he believed in what he did. … My heart is broken and I’m saddened by his loss. I’m glad that we were able to capture the three suspects … so we can bring justice and closure to his family.”

Bailey said the three suspects who were arrested in relation to the murder, Damion Whittley, 25, Cdarrius Norman, 17, and Treyon Washington, 24, are now in custody in Mississippi and are all being held without bond.

“This was a senseless, heartless act and a horrific crime. It’s uncalled for and unjust to kill a law enforcement officer,” Bailey said. “We do not have a motive at this time and may not ever get one. All we know is we have the three subjects who were involved in custody and it was a murder. We are going to do everything we can to get justice and closure.”

A warrant had been issued for Whittley by Gulfport police in relation to the May 2019 shooting death of Delfred Lewis Jr.

“I want to thank every agency who took part in this investigation,” Bailey said.

Natchez Police Chief Walter Armstrong who is retired from the Mississippi Highway Patrol worked with Morris and said Morris was a hardworking professional lawman.

Armstrong said he had met with Morris in Morris’ office at the Brookhaven Highway Patrol headquarters the week before Morris was killed.

“Troy and I had a very candid conversation, and we talked about our careers in law enforcement and we talked about our years of knowing each other and working beside each other in the field of the Mississippi Highway Patrol,” Armstrong said. “It is very sad that a person who had dedicated over 27 years of his life serving and protecting the citizens … that someone just comes along and just takes his life.”

Armstrong said above all, Morris was a kind man.

“Troy was just a kind-hearted person,” Armstrong said. “. . . He was fair and he was honest and just a down-to-earth guy. He was pretty much a happy-go-lucky guy. In other words you never saw him where he was down in spirit. He was one of those uplifting guys.”

“It’s unfortunate whenever we lose and officer, period, and this case is no different,”

Patten said. “This is one of the last ways you expect to lose an officer. It’s tragic. My heart and my condolences go out to his family.”

Steven Freeman, who works part-time at the Adams County Sheriff’s Office and at Miss Lou Body Shop, said he met Morris four years ago while working on his patrol car.

Freeman said Morris was a true hero — one who gave of himself and put his own life at risk for the greater good of others.

“The more I talked to him, the more I realized he’s nothing like you’d perceive him to be,” Freeman said. “He was 100% a state trooper and he was also pretty down to earth. He took his job seriously and he was good at it, but he’s good at cracking you up too.”

Freeman said he and Morris would tease each other back and forth just like old friends even after having known each other for a short amount of time.

“From the first time I met him we became good friends, and the second time we talked it was just like we had known each other for quite some time. He was a joker.”

Freeman said Morris gave 27 years of his life to the Mississippi Highway Patrol and the looks on the faces of Morris’ ‘brothers and sisters in blue’ showed how deeply saddened they were at his loss.

“As close as we became in four years, you can imagine the kind of impact he’s had on people just over the last 27 years. His was a vital loss to the state of Mississippi. I don’t think you’ll ever find another person that touched as many people as he did. … It’s a hell of a loss, plain and simple. … Hopefully the justice system will help his family get closure. Not just his blood family but the blue as well,” Freeman said.

Morris’ family could not be reached for comment on this story.

“All proceeds will go directly to Mrs. Morris and their family,” the website states. “Thank you all for the love and support and God Bless.” 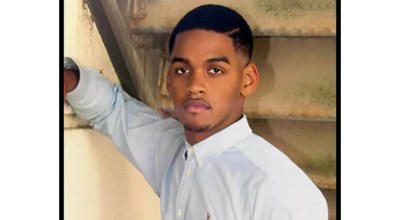