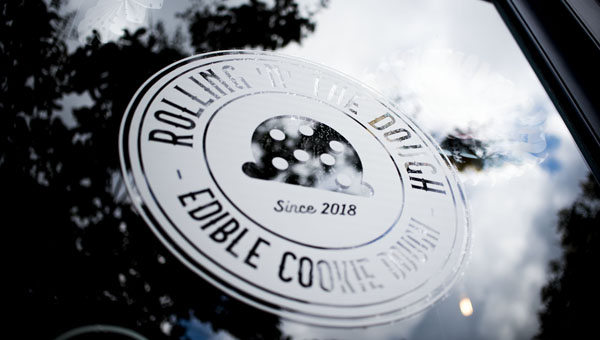 NATCHEZ — Owners of Rolling ‘N’ the Dough received a sweet $10,000 surprise for winning the S’mores Gives Back baking contest at a time when it was most needed, they said.

Jenny and Dustin Hinkle, who own the family-run business on Franklin Street, both tested positive for COVID-19 on Wednesday just as the contest winners were announced, Jenny Hinkle said.

The shop has been closed since Thursday for Hurricane Laura and has not been reopened after family members started feeling ill, Jenny said.

Rolling ‘N’ the Dough posted the good news on their Facebook page Wednesday.

“Guess what you guys?! WE WON!!! We are so excited to share with you guys that Hannah’s S’mores Toffee Popcorn won $10,000 for our small business in the Hershey’s S’mores Giveback. It’s amazing the timing of this as our family has had to close our shop to quarantine because of being sick. While we are home working on getting better, this news just makes us smile! We are thankful to Hershey’s, HoneyMaid Snacks and Jett-Puffed for giving small businesses an opportunity to get some help!” the post states.

Rolling ‘N’ the Dough was one of five independent restaurants to receive $10,000 in prize money to support their business during the COVID-19 pandemic.

To win, each restaurant had to bake a treat out of the three S’mores brands — Honey Maid gram crackers, Jet-Puffed marshmallows and Hershey’s chocolate.

Hannah-Grace Hinkle, 19, added a S’mores spin to her secret toffee popcorn recipe to create a prize-winning dish which she videoed herself making and shared with her contest entry on Aug. 24.

“(Hannah) had a few different ideas and settled on the one that she was most excited about, which was the S’mores popcorn recipe,” Jenny said.

Jenny said Hannah plans to use part of the prize-money to put a down payment on a food truck for new product testing.

Jenny said she and Dustin and two of their three children started developing symptoms on Friday after the storm and decided to keep the shop closed.

“We mainly just felt tired, sinus congestion and fatigue. Our kids are better and Dustin still is not feeling great, Jenny said. “We put a sign up saying that we would not open back up until the 17th. Both myself and Dustin just tested positive for COVID-19 (Wednesday) and the kids have not been tested. One of our sons hasn’t been sick.”

Dustin, who is also employed by the City of Natchez, hasn’t been around anyone since before he became sick, Jenny said.

“We weren’t sure if Hannah would be one of the contest winners but we’re super excited to hear that she is. … Especially now with being closed. It’s hard as a small business to have to shut the shop down financially because you don’t have any income. This comes at a great time.”

NATCHEZ — The Natchez Mayor and Board of Aldermen adopted an ad valorem tax levy, which carries no increase or... read more