The Dart: Nursing student loves to help others 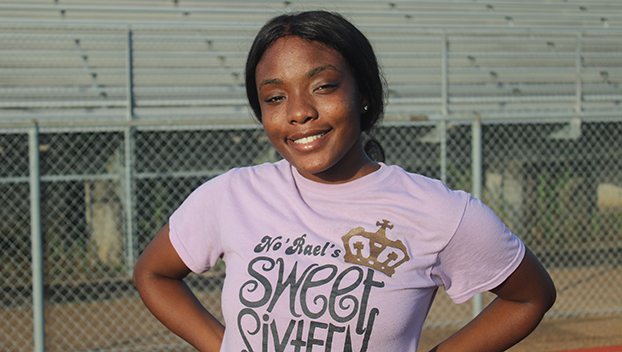 Keyshonda Ison said she enjoys being in the military and helping others. (Patrick Murphy / The Natchez Democrat)

NATCHEZ —Keyshonda Ison said she enjoys being in the military and helping others.

“I have always had a deep love for my country, and I love people,” Ison said. “It just made sense to be a nurse in the Army.”

Ison is a junior studying nursing at the Alcorn State University branch in Natchez. Ison is also in the ROTC at Alcorn and plans to be a nurse in the Army when she graduates.

Ison was running on the track with her friends Katelyn Bolden and Lexi Oliver when The Dart landed near Natchez High School on Wednesday.

Ison said she exercises at least three times a week whenever she has time between her studying.

Ison was a majorette at Wilkinson County High School and said she is not the only person in her family is or who will be in the Army.

Her sister, Resheemha German, is a licensed practical nurse currently serving in the military. Ison said when she graduates from ASU she will be a lieutenant in the Army.

“I chose the nursing program because I wanted to help people,” Ison said.