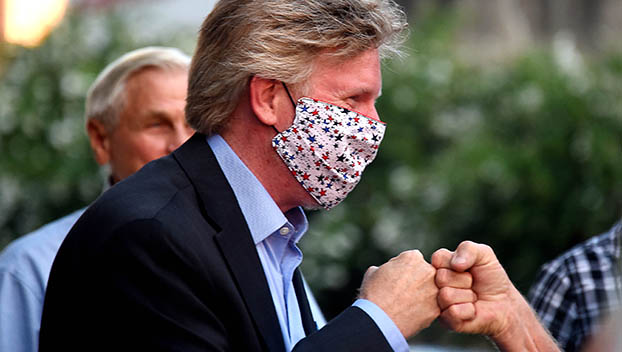 Gibson was on a 14-day self-imposed quarantine after a person he had lunch with tested positive for COVID-19.

Since then, Gibson has been attending meetings using Zoom and other internet communications.

Gibson said he waited until the last day of his quarantine to get tested for the virus and for antibodies at Merit Health Natchez on Tuesday morning. He was notified Tuesday afternoon that he tested positive for the virus.

“It is the weirdest, strangest virus,” Gibson said. “At the very first onset of the quarantine I was tired, but I was also working 10 to 18 hours a day.”

Gibson said he thought the tiredness came from how hard he was working in the first days of his term as mayor.

Because he has tested positive, Gibson said he would follow CDC guideline and remain quarantined for another 10 days.

“I am a little tired of being under house arrest, but I feel blessed,” Gibson said.

Gibson said he tends to look at the bright side of situations. The current quarantine, Gibson said, has allowed him to “get in the weeds” on various issues, such as the city budget and health care.

“We will make the best of these next 10 days and get a lot more work done,” Gibson said.