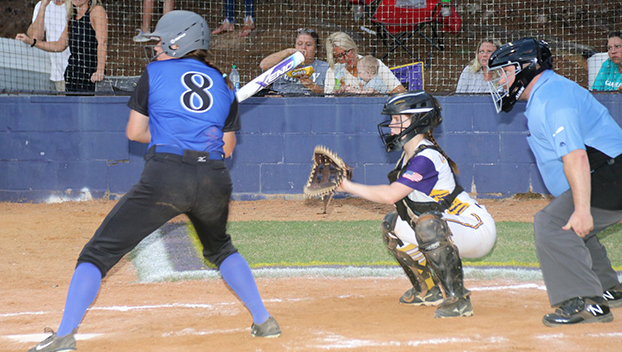 BROOKHAVEN — The Adams County Christian School Lady Rebels and the Centreville Academy Lady Tigers both had a mixed bag of results last Saturday at the Brookhaven Academy Tournament.

ACCS ended up going 1-2 in tournament play. In their first game of the day, which started at 9 a.m., the Lady Rebels fell to the Copiah Academy Lady Colonels 7-1. Copiah Academy scored four runs in the top of the second inning to go ahead 5-0.

The Lady Rebels finally got on the scoreboard in the bottom of the fourth inning when Becca Cowan singled and later scored on a Kate Parsons single. Both Cowan and Parsons went 1-for-2, as did Georgia Martin and Halle Peterman. Martin had a double.

Cowan struck out 12 batters, but she also gave up 10 hits, walked one and hit a batter over her five innings on the mound.

In the second game, Emma Massey drove in two runs as ACCS held on for a 4-3 win over the Newton County Academy Lady Generals.

The Lady Generals scored one run in the bottom of the fourth, but it would not be enough.

The Lady Rebels ran into a buzz saw in their final game of the day as they lost to the Prairie View Academy Lady Spartans 9-1.

Losing pitcher Laiken Davis gave up nine runs, four of them earned, on 10 hits with one strikeout and two hit batsmen in four innings. Davis and Amber Scroggins each went 1-for-1 while Marlee McGarry and Peterman both went 1-for-2 with Peterman scoring the Lady Rebels’ only run in the bottom of the fourth.

ACCS (4-11) played host to Oak Forest Academy on Monday night and played at Cathedral School late Tuesday afternoon in a pair of MAIS District 4-4A games.

The Lady Tigers got home runs from Savannah Hailey and Lexlea Sterling as they held on for a 6-5 win over the Simpson Academy Lady Cougars.

Centreville scored four runs in the top of the second inning, led by Sterling’s home run to take a 6-2 lead. However, Simpson Academy responded with three runs in the bottom of the second off starting pitcher Bailey Ford, who lasted just an inning and a third, to trail 6-5.

Lana Dalton came on in relief of Ford and ended up being the winning pitcher after throwing two innings of shutout, one-hit ball with two strikeouts and one walk. Ford allowed five earned runs on two hits, four walks and one hit batter.

The Lady Tigers’ next game was against the Wayne Academy Lady Jaguars and ended in a 3-3 tie after four and a half-plus innings due to the time limit.

Dalton gave up two earned runs on three hits with six strikeouts, two walks and one hit batter in four innings and went 1-for-2 at the plate. Hailey went 1-for-2 with a double and one RBI. Roberts was 1-for-3 with a double and one run scored while Rylee Shell was 1-for-3. Lindsy Clark reached on a fielder’s choice and scored a run. Ashley Pugh walked and later scored for the Lady Tigers.

In its final game of the day, Centreville fell to the Leake Academy Lady Rebels 5-1. The Lady Tigers tied the game at 1-1 in the top of the second inning, and it remained that way until Leake Academy scored two runs each in the bottom of the fifth and sixth innings.

Centreville scored its lone run when Sterling singled and later scored on a single by Dalton. Sterling went 2-for-3 while Dalton, Clark, and Pugh each went 1-for-3.

Ford took the loss on the mound after giving up five runs, four of them earned, on 10 hits with one strikeout and one walk. The Lady Tigers also committed four errors.

Centreville Academy (15-8-1) traveled to Florence to take on Discovery Christian School Monday afternoon in its final MAIS District 3-3A game of the season. The Lady Tigers have already clinched the district championship with a 5-0 record and looked to finish undefeated in district play.