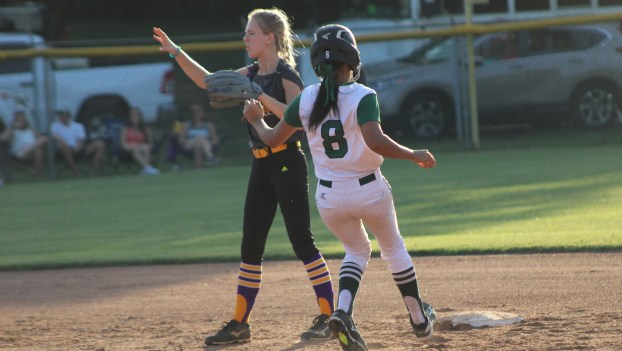 FLORENCE — Lana Dalton was sensational on the mound and Savannah Hailey was superb at the plate as the Centreville Academy Lady Tigers rolled to a 13-1 win over the Discovery Christian School Lady Lions in five innings last Monday afternoon.

With the win, MAIS District 3-2A champion Centreville Academy ran the table in district play with a 6-0 record. The Lady Tigers improved to 16-8-1 with three ‘warm-up’ games to go before participating in the Class 2A South State Tournament later this month.

Dalton gave up one earned run on three hits, struck out nine batters and walked only one batter in five innings. Hailey went 3-for-4 with three runs batted in and two runs scored.

“Lana has steadily improved her game all season long. She’s been tremendous for us on the mound,” Jones said. “Savannah’s our starting shortstop. She’s playing well for us now defensively and offensively.”

Centreville scored two runs in the top of the first inning before Discovery Christian scored its only run of the game when C. Williams singled and later scored on a single by H. Williams.

Then they plated eight runs in the top of the fifth inning to run-rule the Lady Lions. Hailey as well as Lindsy Clark, Rylee Shell, Emilea Roberts, Lexlea Sterling, and Baylie Ford each drove in runs in that frame.

Centreville Academy was scheduled to host Parklane Academy Thursday afternoon for a junior varsity and varsity game, but those games were played at Southwest Mississippi Community College in Summit.

The Lady Tigers will be the host school for the Class 2A South State Tournament, which will take place on Saturday, Sept. 26 and Monday, Sept. 28 at Ethel Stratton Vance Park, Air Cruisers Sports Complex just west of Liberty on Mississippi State Highway 24.

CLINTON, La. — The Cathedral High School Lady Green Wave was held to just one base hit in a 10-0, five-inning loss to the Silliman Institute Lady Wildcats last Monday afternoon in an MAIS District 4-4A game.

Kameran Kent pitched five innings of shutout ball with five strikeouts and no walks. The only base hit she gave up was a double by Allie Feltus. Silliman scored five runs in the bottom of the fourth inning to give the Lady Wildcats a 10-0 lead, then Kent preserved the run-rule win.

Anna Poole allowed 10 runs, four of them earned, on eight hits with three walks and one hit batsman in four innings.

Kelsey Lantrip led Silliman at the plate, going 3-for-3 with two triples, two RBIs and three runs scored. Cayley Pelt also had a triple and Ashton Siebert had a double.

NATCHEZ — The Cathedral High School Green Wave will look to remain undefeated this season when it plays host to... read more