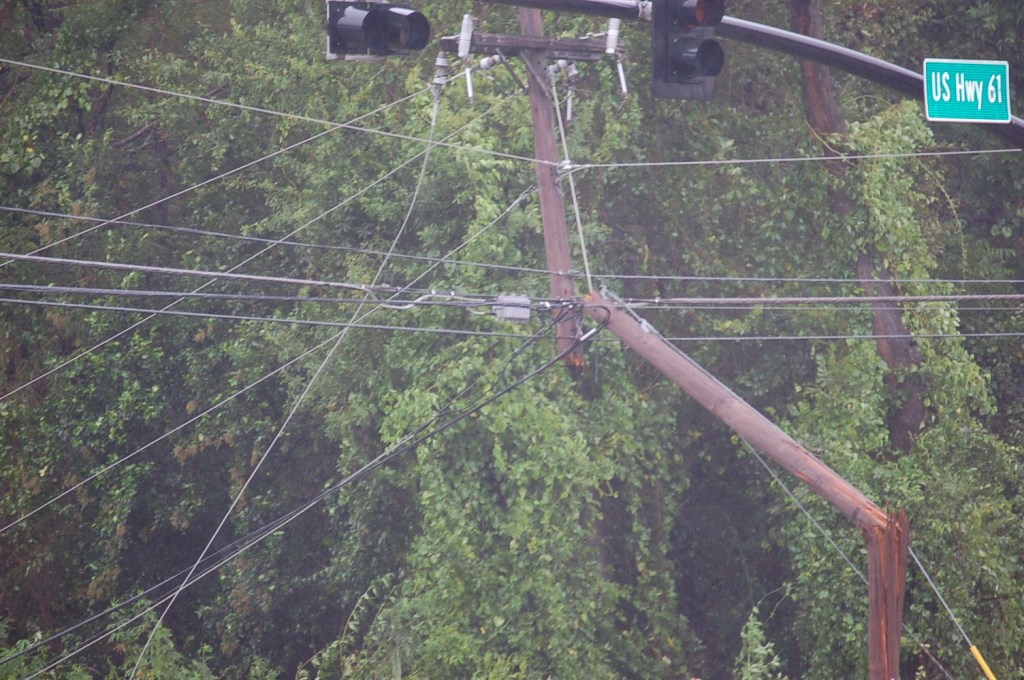 A power pole is snaped in half by Natchez Walmart on U.S. 61.(Sabrina Robertson / The Natchez Democrat)

The storm took down trees and tree limbs throughout Adams County and with them came power lines and power poles, knocking out service to approximately 4,000 Southwest Electric customers and some 6,000 Entergy customers in Adams County.

On Wednesday, Southwest Electric had 206 line workers from eight electric cooperatives from throughout the South, including 51 of their own, working to restore power in the nine counties served by the cooperative, said Deb McGee, human resources and public relations specialist for Southwest Electric.

“We are working on Tate Road (one crew),” McGee said of Wednesday’s work. “We are still working in the Cranfield area, Dunbarton Drive and Cardinal Drive … We have two crews there.”

Most of the Adams County Southwest Electric customers still without service are in the Cranfield Road and Duck Pond Road areas, McGee said.

“We have eight broken poles on Cranfield Road and five with broken cross arms,” McGee said. “We actually had one of our sister co-ops out there until after 11 last night.”

“Hurricane Katrina had 130 throughout the area for comparison,” McGee said. “Our best estimate is most customers will be back on by Friday. Tate Road and the Cranfield area may take a little while. We still have a lot of lines down, and we have to get to the main lines first.”