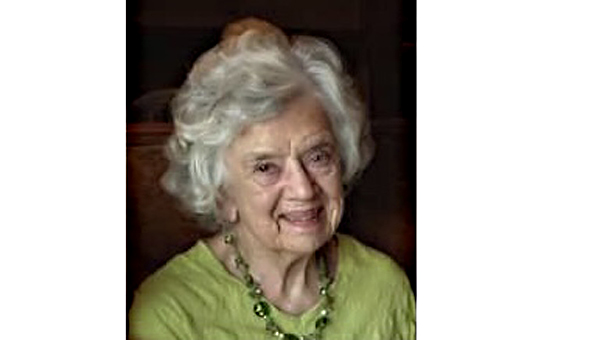 Caroline Benoist Darling passed peacefully away on December 21, 2020 at NHC Place at the Trace in Nashville, TN as a result of COVID-19.

She was born on August 20, 1933 to the late Percy Anderson Benoist and Rebecca Fauntleroy Benoist.

She grew up on South Union Street in Natchez, within two blocks of 6 of her first cousins, two uncles and aunts and her paternal grandmother. That childhood established a deep loyalty and fearless devotion to her people and her hometown. For her entire life, her family of origin was her “True North” and their support was her lifelong ballast.

In 1951 graduated from Natchez High School, along with her dog, Monty, who had followed her to school for four years and was allowed to attend classes and awarded a diploma. Her childhood passion was playing the piano, and she matriculated to Sophie Newcomb College of Tulane University with the intention of studying music. While at Newcomb she was a member of Kappa Kappa Gamma sorority, Westminster Guild and Lagniappe Club. She heeded her parents’ suggestions that she add an elementary education degree to her education and still managed to graduate from Newcomb a semester early in time to serve as the Pilgrimage Garden Club Queen in 1955.

In spite of her devoted attachment to home and family, Caroline possessed a curious, restless spirit. She took every opportunity to see as much of the world and country as possible. She took summer school classes in Colorado, travelled to Europe and Mexico. She spent her twenties supporting herself as an elementary school teacher in New Orleans at Miss Magee’s, New York at Grace Church School and in Natchez and Baton Rouge. She used her musical background to write plays for her students. She took on the cultural opportunities in New York with independence and focus, starting each Sunday at a Presbyterian Church service followed by a cultural outing to a museum or theater, sometimes with friends and sometimes alone.

In 1965 she married Lyman Abbott Darling and moved to Wilmington Delaware where she lived for 43 years and raised her two children. Predictably, her life revolved around faith, family and education. Sunday was for church, July called for a visit to Natchez and any random Saturday was time for a field trip to a historic site or museum. In Wilmington, she was a member of Westminster Presbyterian Church where she served as a Deacon, Stephen Minister, Moderator of Presbyterian Women and Christmas Bazaar Chair. She also was a member of the National Society of the Daughters of the American Revolution-Caesar Rodney Chapter where she served as Regent. She was also a member of the National Society of Colonial Dames of America, first in Mississippi, then Delaware then finally in Tennessee. She was also a member of the Daughters of the Barons of Runnymeade and a member of PEO. She also worked as a docent at Winterthur and later as a volunteer in membership. In 1985 she re-entered the workforce as a 5th grade teacher at Bancroft Elementary School where she taught for 9 years. Her proudest accomplishment while teaching was spearheading fundraisers every year to take her students to Washington DC.

Following her husband’s death in 2008, she moved to Nashville to be near her daughter and grandchildren. Her involvement in church, genealogy and service made for a smooth transition into corresponding communities in Nashville. She enjoyed an active and independent third act for the first 6 years of living in Nashville. She was active at Westminster Presbyterian Church, the Fort Nashborough DAR and the NSCDA in Tennessee and PEO Chapter E. Most importantly, she was an active participant in her grandchildren’s lives both in Charlotte and Nashville.

She was preceded in death by her husband, Lyman, parents, Rebecca and Percy, sister, Rebecca Andree Williams of Birmingham and brother, John F. Benoist, of Natchez.

She is survived by her daughter Rebecca Darling Spencer (Robert), son Lyman Abbott Darling III (Anastasia) and her grandchildren; Reynolds, Caroline, Andrew and Bennett Spencer and Nicholas, Luke and Natalie Darling as well as 3 nieces and 3 nephews.

The family would like to extend special thanks to all of those who helped us to walk her home; the staff of NHC at the Trace, Westminster Presbyterian Church’s Pastor’s Aides, Cura for Care, Julie Ehrlich and Rhonda King of Lifelinks and especially her faithful care partner, Kathleen Stamps.