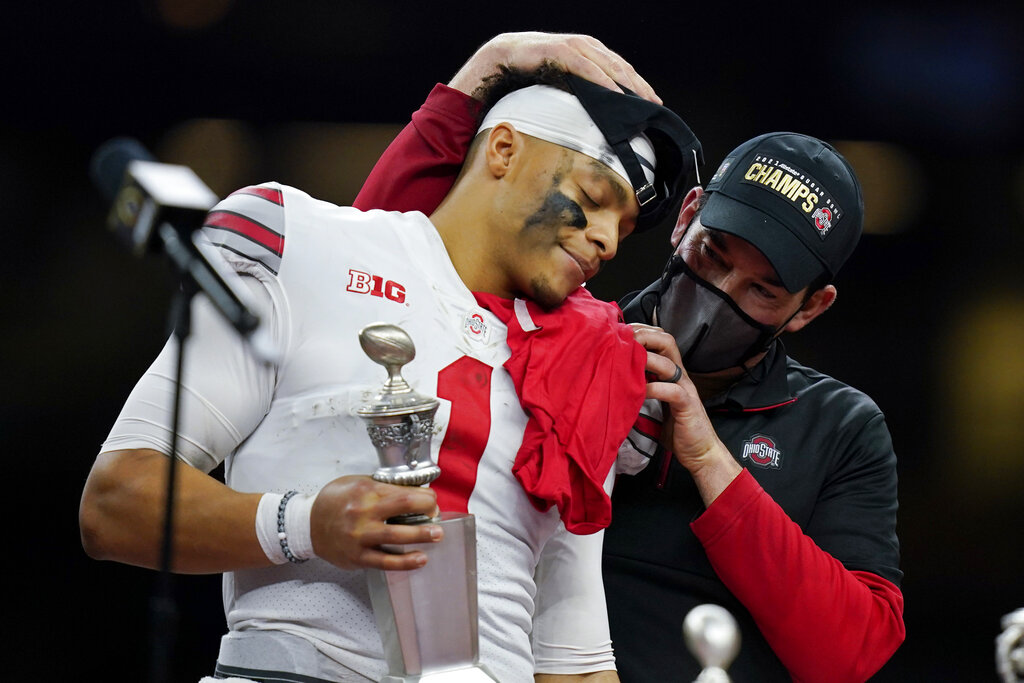 (AP) — Ohio State coach Ryan Day says he expects Justin Fields to play in the College Football Playoff national championship game against Alabama after the quarterback was banged up during the semifinals.
Day declined to detail Fields’ injury on Monday during a Zoom news conference.
“We don’t get into specifics on injuries,” Day said. “We give our availability report at the end of the week, and that’s always been our policy.”
Day did say that that Fields told the coach “he felt better waking up in the morning than he expected.”
Ohio State and Alabama play for the title on Jan. 11 in South Florida.
Fields took a hard hit to the right side of his torso from Clemson linebacker James Skalski in the second quarter of the Sugar Bowl on Saturday. Skalski was ejected for targeting because he led with the crown of his helmet.
Fields missed only one play and finished with six touchdown passes in Ohio State’s 49-28 victory. Fields later said he was aching after every throw following the hit and that he had received a shot from the medical staff to deal with the pain.
Fields was scheduled to be part of Monday’s news conference that included the head coaches of each playoff team and the offensive and defensive MVPs of the two semifinals.
Buckeyes running back Trey Sermon took Fields’ place on the call.