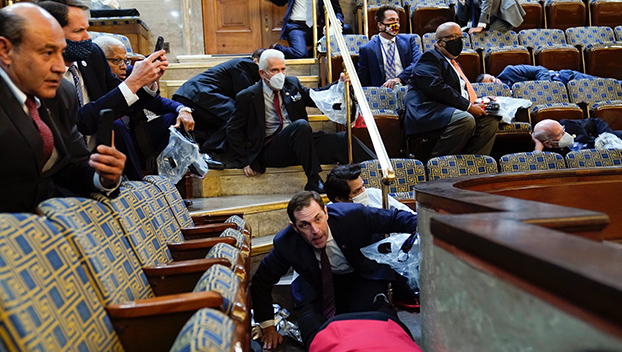 Members of Congress, including U.S. Rep. Bennie Thompson, D-Miss., sitting on the right in the House gallery as protesters try to break into the House Chamber at the U.S. Capitol on Wednesday (AP Photo/Andrew Harnik)

Tony Byrne led Natchez as its mayor for more than two decades and through some of the city’s most tumultuous times.

He said the happenings today in Washington, D.C., when pro-Trump protesters became terrorists as they stormed the Capitol and caused a halt to the business of Congress were “ridiculous.”

“That’s not the way democracy works,” Byrne said. “The election is over. We have a tradition to uphold. We are the strongest nation in the world. We should be an example of democracy. Those people should be ashamed of themselves.”

History repeats itself with Trump

Jim Wiggins, a retired history professor at Copiah-Lincoln Community College who wrote his master’s thesis on fascism and modernization, took a much harder stand than Byrne.

“Donald Trump is quite literally a fascist. He is attempting a coup. A literal coup,” Wiggins said. “Now, so far, all the patriotic Republicans are sitting on their rear ends, mouthing a few protests. They have enabled him every step of the way, and they still are.”

Wiggins said he is not surprised the pro-Trump rally and protest turned violent, or by Trump’s continued spreading of unproven claims of election fraud.

“I am a historian. Yes, I expected this to happen,” he said. “Donald Trump is a literal Benito Mussolini. He will get away with whatever he is allowed to get away with, right up to re-imposing himself in power at this moment.”

Sue Stedman is on the Adams County Republican Party’s executive committee and has been an active Republican for many years.

“Of course, it was upsetting to see. The most disturbing part is that they (protestors) did breach the capitol. Whether they had doing anyone harm in mind, I don’t know,” Stedman said. “It shows the level of distrust that so many people have with this process at this point. Why else is someone going to go to Washington D.C. in the freezing cold, endure teargas and other things? They truly don’t believe that this election was fair. I don’t think there is anything anyone can do to convince them otherwise.

“Hopefully Biden will be able to calm things down. He’s probably going to try it, but I don’t really see that coming from him,” she said. “We have gone four years with nothing good being said about President Trump, but now they want to see Trump supporters come together with them? It ain’t gone happen.

“If anything will work at all, your Senate and your House of Representatives have to stop squabbling, stop pushing their separate agendas and find some middle ground. Congress needs to begin to act like grownups, stop calling each other names and work together.”

‘It’s sedition, which is illegal’

Natchez attorney Walter Brown, who served for more than a decade as a state representative and for 24 years as city attorney, also said he was not surprised to see protestors storm the Capitol building, “but I was disturbed that the president would create such a serious and dangerous insurrection. It’s sedition, which is illegal.

“We are supposed to be the greatest democracy in the world, but we have shown the world today we can’t even hold and conduct and conclude our elections. The world won’t look to use anymore or for a long time for leadership,” Brown said.

Republican Sens. Ted Cruz and Josh Hawley, who led the charge to halt Congresses acceptance of the states’ Electoral College votes, were simply seeking their minutes of fame, he said.

“For protestors to be in the well of the Senate like marauders…I think the last time that happened was 1814 when the British burned down the White House,” Brown said.

Time for partisanship is over

Natchez Mayor Dan Gibson said the storming of the Capitol was “horrific to watch. That is not supposed to happen in America. We are a country where we have the freedom to assemble and demonstrate and protest, but when we get violent, we have crossed the line.”

The protestors jeopardized the lives of members of Congress, congressional staffers and police and other public servants.

“Our founding fathers would be rolling over. If there was ever a time we needed love and peace, it is now. And I am extremely grateful for Natchez here in this hour because we certainly don’t have that here and we would never tolerate it.

“The time for partisanship and division is over. I am so sick of hearing Republican and Democrat and left and right. Why can’t we all just hang out in the middle where most of us live anyway?” Gibson asked. 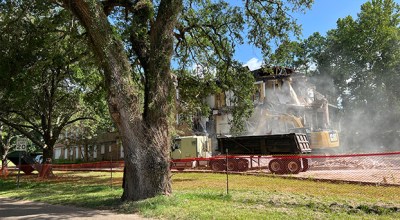 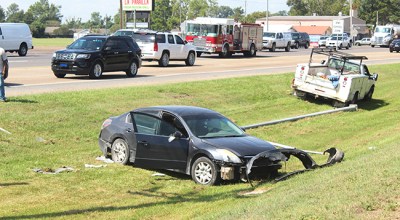