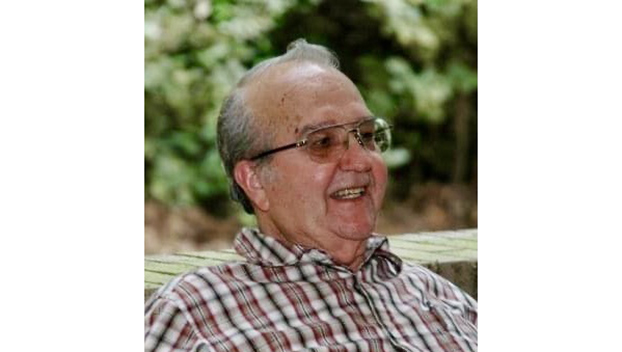 CLAYTON — Funeral services for Bobby Case, 83 of Clayton, LA will be held at Young’s Funeral Home in Ferriday on Wednesday, January 27, 2021 at 2 p.m. with Bro. Jerry Sharp and Bro. John Martin officiating.  Interment will follow at Highland Park Cemetery, under the direction of Young’s Funeral Home.

Bobby Weese Case was born on December 25, 1937 to Woodrow Wilson Case and Mary Lee Smith Case.  His mother was known to say that he was the best Christmas gift she ever received.  He left this world to be with his sweetheart in heaven on January 23, 2021.

Bobby was a resident of Catahoula Parish and attended Sicily Island High School where he briefly played football and excelled in track.  On November 29, 1958, he married his childhood sweetheart, Lois Janice Nelson.  They had 46 happy years together until ALS took his ‘Jan’ in July, 2005.  As a young man, he worked briefly in the oil field and at Ferriday Farm Equipment before finding his true calling in the auto mechanic field.  With a recommendation from his uncle, Rass Smith, Bobby was hired by Bluff City Motors in Natchez, MS and sent to alignment school in Rock Island, Illinois.  He told of getting off the train in Chicago to find it was snowing and he had not brought a heavy coat.  He was the preferred front end alignment technician in the Miss-Lou for over 40 years, providing service to customers at Bluff City Motors, Hinton McCoy Ford, Stuard Ford and Lakeside Ford.  In October, 2007, he co-founded Case Alignment Service, LLC in Ferriday with his middle son and soon his youngest son joined the business.  Although Bobby’s health did not permit him to work much at Case Alignment, he was a dedicated public relations man, handing out business cards and asking complete strangers ‘how is your ride driving? is it pulling to one side?’

Bobby Weese was a lifelong Ford man and a car guy to the bone with a fondness for loud pipes, big engines and the occasional friendly drag race.  He never met a stranger and was known to spend more time in the grocery store visiting with whoever he knew than actually shopping for groceries.  His sense of humor was big and he enjoyed a good laugh or a harmless prank.  Bobby was always there when his family needed him.  When his oldest son was farming and it was planting or harvest time, Bobby could be found doing whatever he could to help get the crop in or out of the field.  He loved it when the family gathered to eat a special meal, being especially fond of his oldest daughter in law’s dressing and his daughter’s chocolate pie.  He enjoyed his garden, growing and proudly sharing tomatoes and other vegetables with family and friends.  Bobby was a loving husband and a patient father who was a good example to his children and loved them unconditionally.  He was also a wonderful pawpaw who was proud of his grandchildren and left them with many fun memories, even those as simple as a ride on his old Sears mower or a trip to Taco Bell.  He attended Foules Church of God for many years and was a founding member of Sunnyside Church.  He especially enjoyed the music at church and sometimes sang in the choir.  He was a sports fan, with football being his favorite, and he loved his Sicily Island Tigers, LSU Tigers and the Pittsburgh Steelers.  When he was able, if it was Friday night and Sicily Island was playing football, Bobby was there.  He was able to recite specific scores from games in the mid 1970’s even after dementia robbed him of more recent memories.

His family would like to thank those at Camelot Leisure Living who truly cared about him during his time there.  Special thanks to the Emergency and ICU departments at Riverland Hospital for the compassion and kindnesses extended to the family during Bobby Weese’s final days.  He will be terribly missed, but he will live on in the hearts of those who love him.

The family will receive friends at Young’s Funeral Home in Ferriday on Wednesday, January 27, 2021 from 12noon until service time at 2PM. To leave an online condolence for the family please visit www.youngsfh.com.