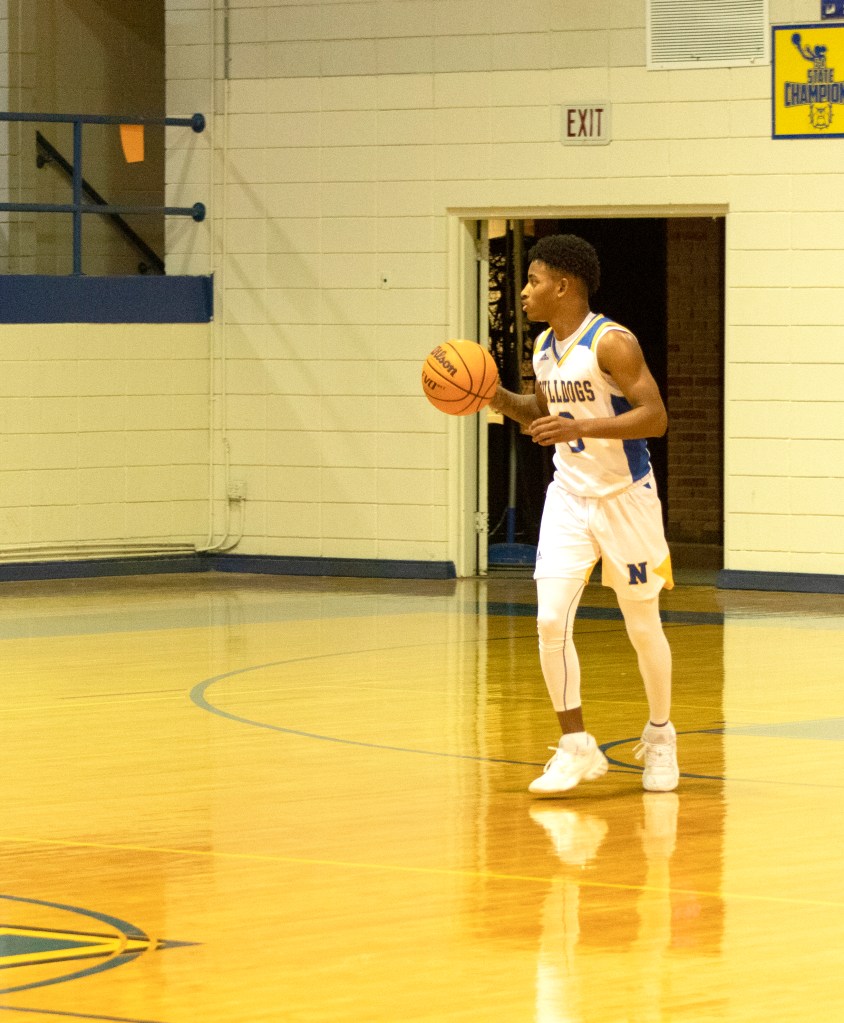 Natchez High head coach David Haywood said two things were the keys to the Bulldogs’ win on the road — defense and ball movement.

“We came out and played hard on defense. We were able to convert turnovers on defense into points on offense,” Haywood said. “Good ball movement early on and late in the game. We had guys give up good shots to get better shots for their teammates.”

Dionte Thomas finished with 14 points while Travis Berry and Kameron Carter each scored 12 points for the Bulldogs, who jumped out to a 26-11 lead over Wingfield after one quarter of play and were never seriously challenged by the Falcons after that.

“That was real big,” Haywood said about having so many players score in double figures. “We didn’t have to worry about one player doing most of the scoring.

Even though Wingfield played close to even with Natchez High in the second quarter, the Bulldogs still outscored the Falcons 19-17 to go into halftime with a 45-28 advantage.

The Falcons did manage to put up 22 points in the third quarter, but they could not make enough stops to put together a big rally. The Bulldogs scored 19 points to go into the fourth quarter with a 64-50 lead.

Natchez High ended any hopes of a Wingfield upset by outscoring the Falcons 17-12 in the fourth quarter.

Damien Haynes led the Falcons with 18 points and Reginald Thomas contributed with 17 points.

With the win, the Bulldogs (10-5, 4-2) will be the No. 2 seed in the boys’ bracket of the Region 6-5A Tournament, which Natchez High School will host next Tuesday and Friday. However, not all of the games will be played there due to the COVID-19 pandemic.

But before that, they will play host to Canton High School Friday at 7:30 p.m.

In an email sent by athletic director and Lady Bulldogs head coach Alphaka Moore Monday morning, due to COVID-19, Natchez High will allow some of the Jackson teams to play at their own home gyms to minimize the number of games played at Natchez High.

MONTEREY — Ethan Clark led Monterey High School with a game-high 24 points as the Wolves used a strong defense over the final three quarters to pull away for a 58-30 win over the University Academy Lions last Friday night in an LHSAA District 6-B game.

Monterey only led University Academy 14-11 at the end of the first quarter, but the Wolves turned up the defensive pressure afterwards, limiting the Lions to single-digit scoring in each of the last three quarters.

Monterey (13-3, 4-1) was scheduled to play at non-district rival Harrisonburg High School Tuesday night, but those games were canceled. The Wolves will next play at district foe Glenmora High School Friday at 7 p.m.